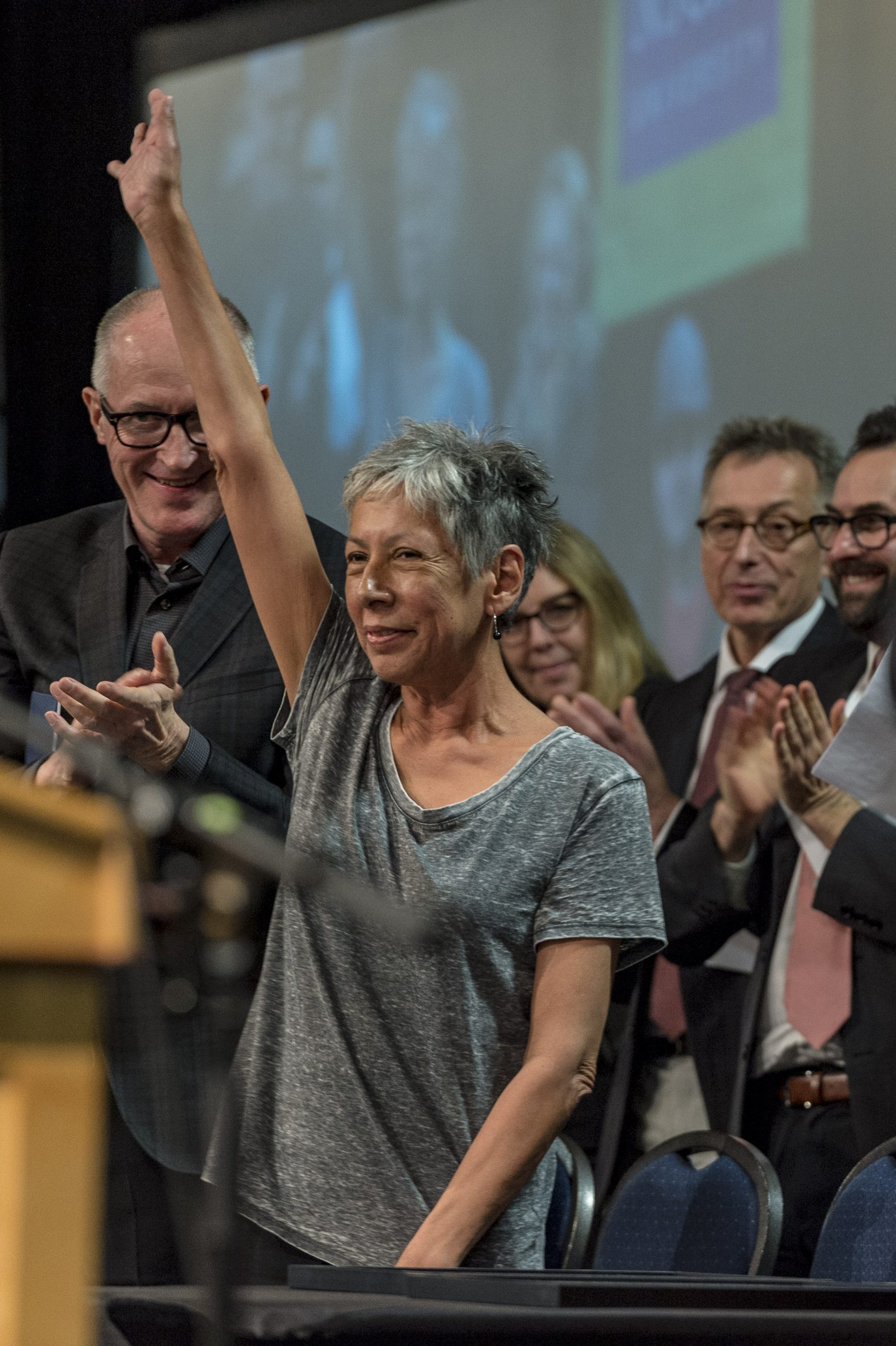 NSCAD University is pleased to announce Benjamin Buchloh, Jack Lemon and Mira Schor will be awarded honourary degrees at the 2020 graduation ceremony this spring.
“By honouring these remarkable artists, we’re recognizing the unique and substantial contributions they have each made to the world of art – including art education,” said Dr. Aoife Mac Namara, President, NSCAD University. “NSCAD is always looking to recognize extraordinary achievement in Canada and abroad, and to honour individuals who have inspired other artists throughout their careers. We’re proud to be presenting Benjamin, Jack and Mira with honourary degrees in front of our 2020 graduating class.”

Benjamin H.D. Buchloh, Professor of Modern Art in the History of Art and Architecture department at Harvard University.

In recognition of his influence as an educator, mentor, art historian, and art theorist who made a lasting impact at NSCAD as director of the NSCAD Press. In 2007, Buchloh was awarded the Golden Lion for Contemporary Art History and Criticism at the Venice Biennale, and he is currently a co-curator of the retrospective exhibition of the work of Gerhard Richter at the Metropolitan Museum/Met Breuer in New York City. A collection of Buchloh’s essays on American and European artists of the post-WWII period has been published in two volumes, Neo Avantgarde and Culture Industry (MIT Press, 2006), and Formalism and Historicity (MIT Press, 2016).

In recognition of his work as an educator – mentoring artists, aspiring printers, teachers, gallerists and curators.  He was also a faculty member at the Emily Carr College of Art and Design, the University of Kansas, and the University of Illinois, among others. The Kansas City Art Institute presented Lemon with the Distinguished Alumni Award, Fine Art Printmaking, in 1991. He received an Honorary Doctorate Degree from the Kansas City Art Institute in 1997. This nomination could not be timelier, with the recent revival of the NSCAD Lithography Workshop.

In recognition of her influence as an artist, writer, teacher, and contributor to feminist art history. Schor played an important role in NSCAD’s storied history, as the only woman faculty member in the Studio Division during her time as faculty (1974-78). She is renowned for balancing political and theoretical concerns with formalist and material passions, and Schor’s visual work and writings are included in Art and Feminism (2001) and Sexual Politics: Judy Chicago’s Dinner Party in Feminist Art History (1996). Schor was awarded the Guggenheim Fellowship in Creative Arts in 1992 and inducted as Academician with the National Academy of Design in 2017.

Each year, NSCAD recognizes exceptional contributions to the arts by bestowing honorary degrees to people of merit. The recipients are first nominated by NSCAD faculty, and then selected by the Honourary Degree Committee. The recipients attend the university’s graduation ceremony in the spring, where they can choose to address the current graduating class.