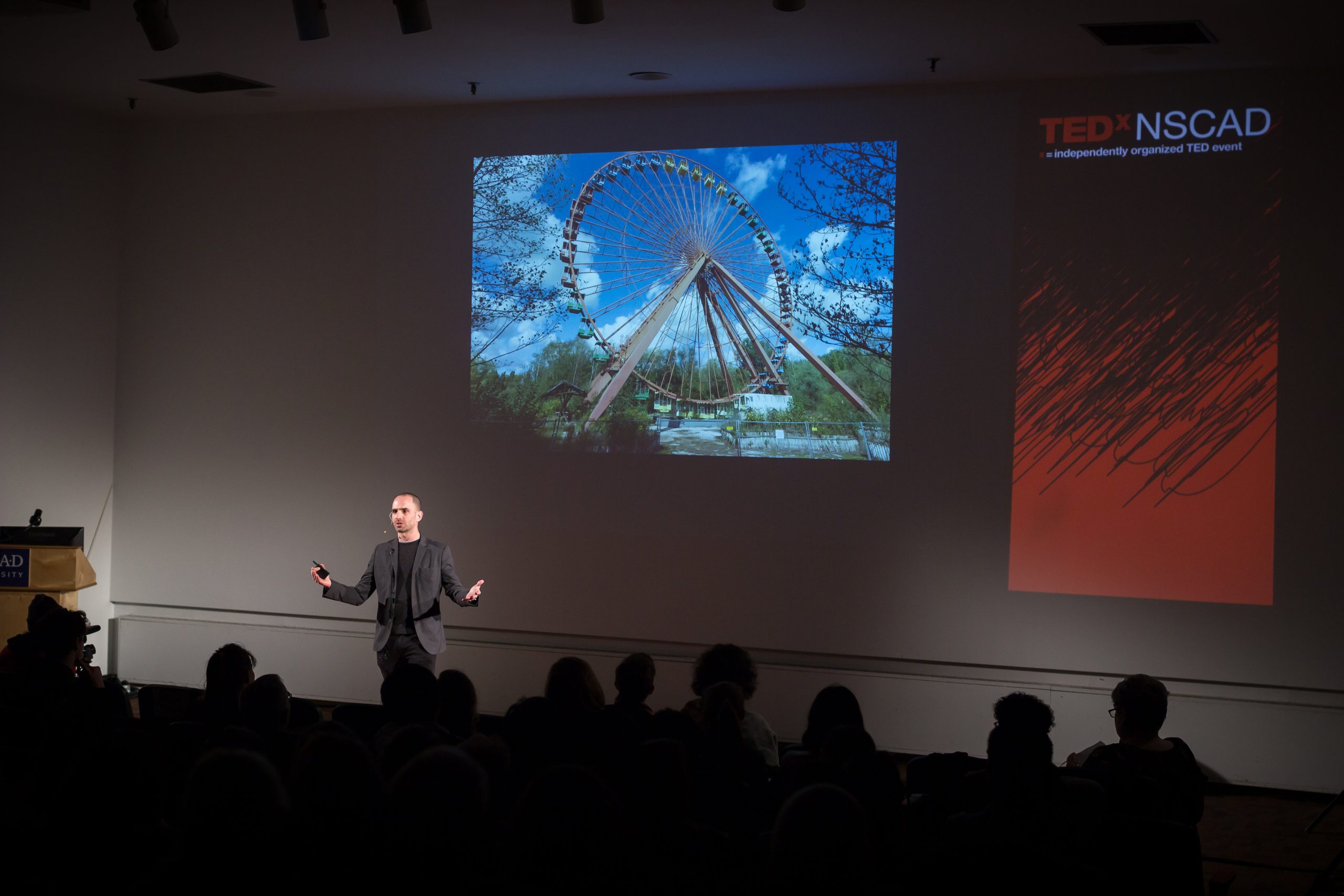 TEDxNSCAD: From GDR to FRG: A Visual Investigation of a Divided Berlin

From GDR to FRG: A Visual Investigation of a Divided Berlin

Adrian Fish is a Media Arts faculty member at NSCAD University in beautiful Nova Scotia. His talk centres on how the abandoned buildings of a country provide a cultural narrative of the place, it͛s people and the time. After touring Germany for a period of months, Adrian shows a snapshot of life in Berlin and its painful transition to a united people after the Berlin wall came down.

“The German Democratic Republic dissolved in 1990 with the fall of communism and the Berlin wall coming down, but the documents assembled by the Ministry for State Security, or Stasi, remain. This massive archive includes 69 miles of shelved documents, 1.8 million images, and 30,300 video and audio recordings housed in 13 offices throughout Germany. Canadian photographer Adrian Fish got a rare peek at the archives and meeting rooms of the Berlin office for his series Deutsche Demokratische Republik: The Stasi Archives. “The archives look very banal, just like a bunch of boring file holders with a bunch of paper,” he says. “But what they contain are the everyday results of a people being spied upon.”  Article in Wired.

Adrian Fish’s photographic practice documents the physical and psychic spaces integral to the habituation to 21st century life. Employing the visual vocabulary of anthropology, Fish’s images are the product of casting a decidedly unscientific gaze on the spheres of education, recreation, and entertainment through architecture and portraiture.

Adrian Fish is a Toronto born photo-based artist and educator currently living in Halifax, Nova Scotia. He holds an MFA from York University, as well as undergraduate accreditation from OCAD University in Toronto and the Sheridan Institute of Technology and Advanced Learning in Oakville, ON. His work has been shown nationally at numerous public institutions, artist-run centres and commercial galleries in cities such as Calgary, Halifax, Hamilton, Ottawa, Toronto and Winnipeg, as well as internationally in Atlanta GA, Brooklyn, NY, Chelsea, NY, Columbus, OH, Berlin, Germany and Tokyo, Japan. Adrian is currently Associate Professor in the Division of Media Art at NSCAD University in Halifax, Nova Scotia, and is represented by Loop Gallery in Toronto.