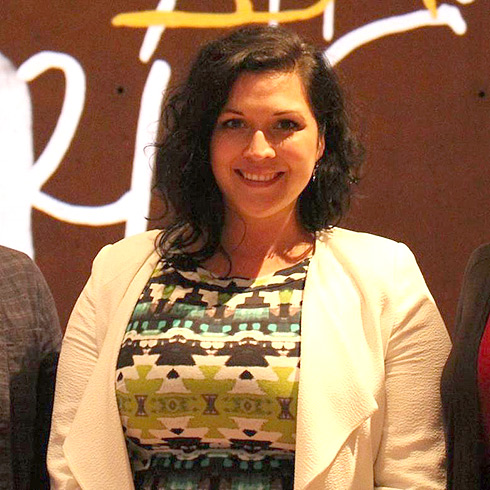 Start again: Heather Igloliorte is Canada’s first and so far only Inuk art scholar, at least, the first with a PhD in Inuit Art History. 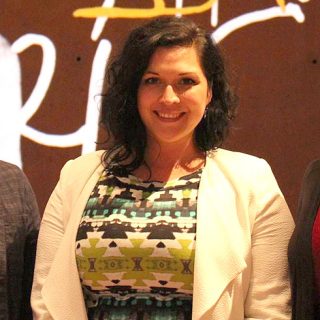 It’s not something she anticipated, back when she was a freshly minted NSCAD graduate in 2003. A painting major with a minor in drawing and a second minor in art history, she hoped she’d be a practising artist, like her brother Mark Igloliorte who graduated from NSCAD at the same time.  Mark and Heather are originally from Happy Valley-Goose Bay, Labrador; their family is from Hopedale, Nunatsiauvt, further up the coast.

Instead, in the aftermath of Hurricane Juan, she was blown off course from her dream.
The day after Hurricane Juan hit on a warm September night in 2003, she visited a friend whose place got power back early on when the rest of the city was without. Later in the evening, a friend drove everyone home, driving cautiously down darkened streets still without traffic lights.

And then, the unthinkable: a car ran straight through the intersection at the Willow Tree intersection (Quinpool at Robie Street), T-boning their vehicle and crashing it into a light post.

Amazingly, Heather got out of the wreckage okay and even walked home. It wasn’t until the next morning when she woke up black and blue and unable to move on her left side that it crossed her mind that she might never lift a paintbrush again.

After a year of tedious physiotherapy, she began to re-consider her career. It turned out that her art history minor opened the door to graduate study, and she landed at Carleton University in Ottawa for her master’s and PhD degrees. Her dissertation, Nunatsiavummi Sananguagusigisimajangit / Nunatsiavut Art History:  Continuity, Resilience, and Transformation in Inuit Art (2013), is the first art history of the Nunatsiavummiut (Labrador Inuit), focusing on more than 400 years of post-contact production.

It goes without saying that art is an important part of Inuit culture, so as an Inuk scholar there’s a lot to do. An Assistant Professor of Art History and Concordia University Research Chair in Indigenous Art History and Community Engagement in Montreal, she has active curatorial and research practices, not to mention teaching responsibilities.

Recent projects include the curation of SakKijâjuk: Inuit Fine Art and Craft from Nunatsiavut, the first nationally touring exhibition of Labrador Inuit art, on display at The Rooms in St. John’s, NF, to January 15, 2017; and the organization of the first-ever iNuit Blanche, a night-time art and culture crawl along the lines of Halifax’s Nocturne, which also took place in St. John’s in October. NSCAD alumni artists who participated included filmmaker and visual artist Isabella Weetaluktuk (BFA 2015), sculptor Couzyn van Heuvelen (MFA 2015) and Heather’s brother Mark (BFA 2003); NSCAD professor Carla Taunton—a frequent collaborator who Heather has known since they did their MAs together —curated a few of the projects for iNuit Blanche.

Although she doesn’t have the art practice she thought she would, she’s grateful for her NSCAD undergraduate experience. “It’s where I learned how to see, and that’s crossed over to all aspects of my life. It certainly influenced my curatorial practice.”

It’s an exciting time for Indigenous artists, says Heather, particularly on Canada’s East Coast. “Creativity is exploding and the scene is beginning to flourish.”