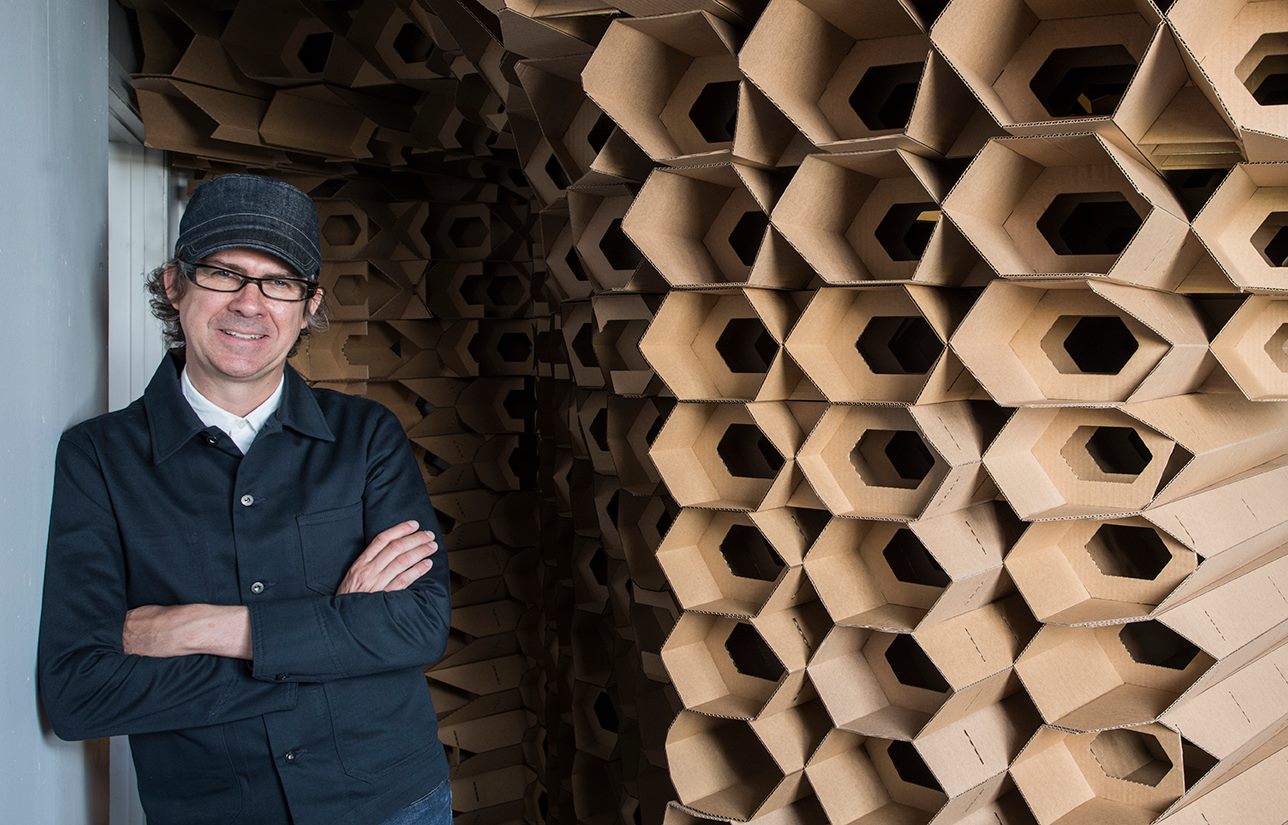 Consider the cricket. Sometimes green in colour, sometimes black or brown, even red, they have powerful hind legs, two pairs of wings, flattened bodies and antennae that can be as long or longer than their body. Depending on the species—there are more than 900 different kinds—crickets can be an inch to two inches in length.

Cool fact: They can jump 20 to 30 times their body length. In human terms, that’s like jumping the length of a football field in a single leap.

But wait. Maybe you haven’t got past the photo above and all you can think is “ewwwww.”
If that’s you, Christopher Kaltenbach would like to change your mind. He wants you to think about insects differently, to consider them as food (human or otherwise), as a source of medicinal ingredients, maybe even as pet companions.

As a designer and educator who straddles two cultures—North American and Japanese—Prof. Kaltenbach has never regarded insects as icky. Instead, he’s always been fascinated, not only by insects, but by our relationship with them.

Two examples stand out for him. As a child, he remembers flipping through his grandparents’ photo album and looking at pictures of his great uncle, a violinist-turned-beekeeper, who raised bees and sold honey.

Later, while living in Japan, he recalls visiting a silk farmer, and wondering at the strange rustling he heard: the sound of thousands of silkworms biting into mulberry leaves.

“It started me thinking about what it must be like to work and live with insects,” he muses. “What would it be like to raise insects on a mass scale?”

He brought all his ruminations about insects to his teaching at NSCAD. In the fall of 2014, he asked students in the third-year design studio course to reflect on how insects could be used as the basis for a wide range of design ideas. As shown in the book, Insectum, those design ideas ranged from using an antimicrobial compound derived from the Emerald Cockroach Wasp in the battle against Tuberculosis in Africa to extracting the lactic acid bacteria from honey bee and using it as a natural antibiotic against infections. Other student investigations promoted a skin care treatment made from the shell of the Large Black Chafer beetle and a protein resilin derived from the fruit fly to create an elastic material for running socks.

Further explorations led him to redesign his office in NSCAD’s Fountain Campus with the possibility of rearing crickets and mealworms, and to hold an “Insect Pop-up Shop” at NSCAD’s popular community event in the spring called Artist for a Day. At the pop-up, he invited members of the public to get up close to the insects and examine them from all angles. 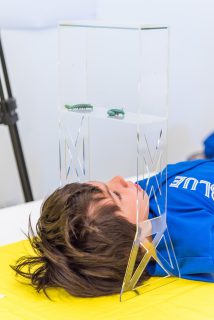 “With the viewing apparatus, people could view the insects from underneath,” he explains. “It changes your physical relationship with the insect and allows you to see how they move.”

Providing people with new and unexpected experiences with insects is a strategy Kaltenbach feels will begin to transform public opinion—turning disgust into appreciation for these tiny creatures so that society can begin to accept new products and services made from them.

“At the center of this formula for reorienting insects in society is design. I believe design is the necessary, vital force in promoting and supporting insect-based scientific and industry research and development,” he says.

It is through Kaltenbach’s work as a designer, writer, researcher and educator—culminating in a Ph.D. degree due to be completed next year—that he is providing compelling evidence of an emergent design practice centered on collaborative stewardship of the planet’s biological resources.

As the new fall semester begins, Kaltenbach continues to share his research with students and the NSCAD community. He is teaching a design course focused on the Orthoptera, a group of insects that include crickets, grasshoppers, locusts to name a few, and is once again asking students to reflect on how insects can be used as the basis for a wide range of design ideas.

Kaltenbach will also be conducting a public lecture series on his research during the month of November in the Insectarium Theatre, located on the Fountain campus.
Regardless of your feelings about bugs, Kaltenbach’s compelling argument and design work will not only get you to reconsider whatever biases you might have, but it will also get you thinking about your relationship with the natural world.Insectarium Theatre Public Lecture Series: Elevating the insect in people’s everyday lives through design 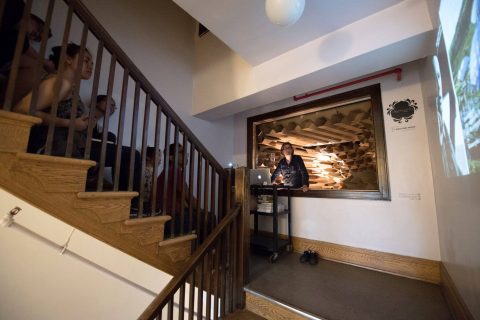