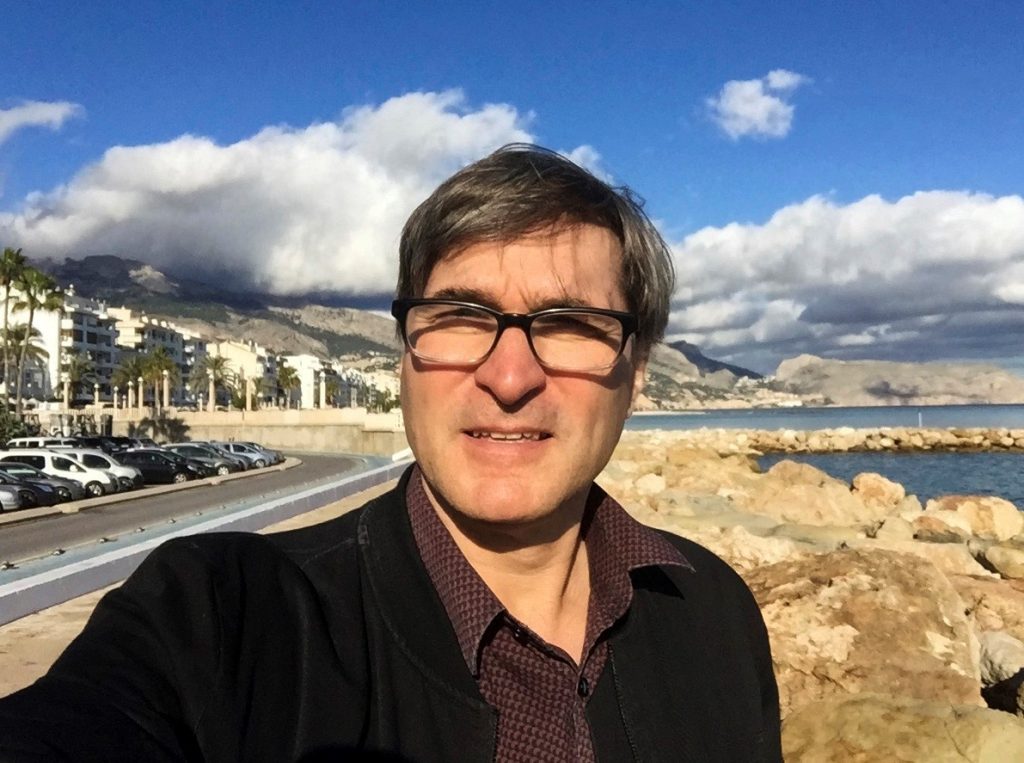 David Clark is currently preparing a hybrid online digital/projection exhibition for the 50th Anniversary of the Mount Saint Vincent Art Gallery that will launch in 2021. Since 2016 he has produced the collaborative experimental spoken word radio show Nothing to See Here that is broadcast in Halifax, New York, and Toronto, and is developing new podcast, radio and performance work with an international group of sound artists who are participating in this show. A recent spin-off collaboration with Aidan McMahon and Luca Carusa Moro entitled Through the Wall involving COVID audio pen pals was recently broadcast nationally on CBC’s The Doc Project. He is also working on a long writing project called The Nine Lives of Schrödinger’s Cat.

He has shown his work at the Canadian Embassy in Berlin, the Biennale Nationale de Sculpture Contemporaine, Trois-Rivières, the Sundance Film Festival, SIGGRAPH, European Media Arts Festival, Transmediale, The 2012 Winter Olympics, and the Museum of Moving Images in New York. In 2006 the MICA Galleries in Baltimore organized a survey exhibition of his work. He has recently been included in two major surveys of electronic literature at museums in Mexico City and Barcelona.

He won First Prize at FILE2002, Sao Paulo and the ‘Best in Show’ at the 2003 SXSW Interactive Festival in Austin, Texas. His net art work 88 Constellations for Wittgenstein has been taught widely in electronic literature classes around the world. It was included in the Electronic Literature Collection #2 and has been selected to be archived by The British Library. His work has been discussed in many recent publications including: The Digital Imaginary: On The Emerging Shapes of Literary, Cinematic and Database Art by Roderick Coover, Electronic Literature by Scott Rettberg, The Baroque Technotext: Literature in a Digital Mediascape by Elisabet Takehana, and Memory in the Twenty-First Century: New Critical Perspectives from the Arts, Humanities, and Sciences by N. Katherine Hayles.

In 2011, 88 Constellations for Wittgenstein won the $25,000 Lieutenant Governor of Nova Scotia Masterworks Award.