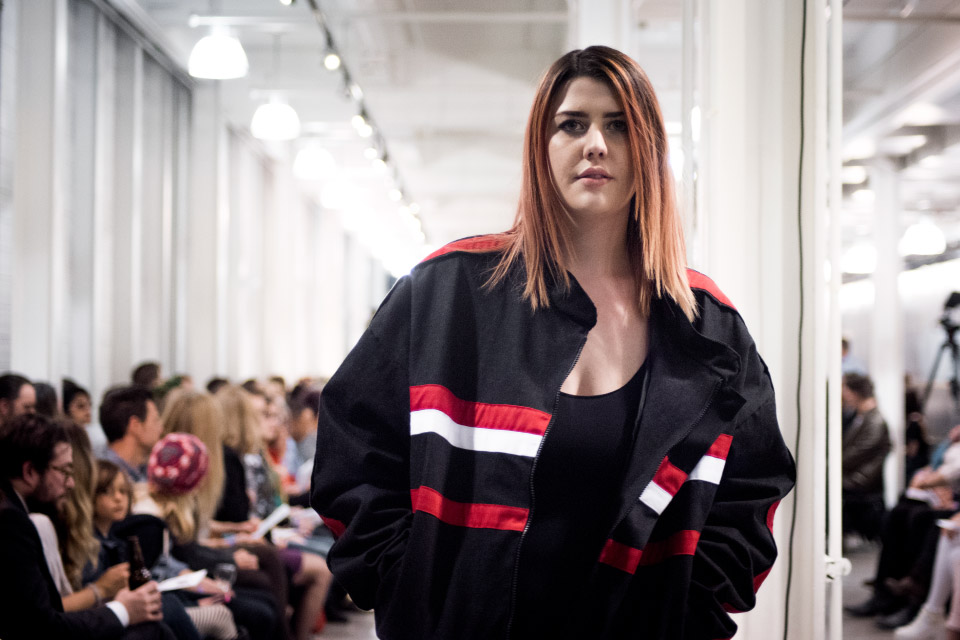 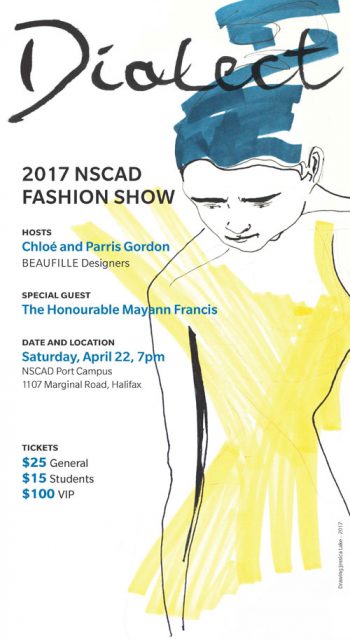 Dialect is a fashion show showcasing the collections of 10 student designers. Dialect uses the language of fashion to communicate the exciting potential of a new generation of artists and designers nurtured through NSCAD University’s exceptional Craft Division.

Guest hosts for Dialect are Chloé and Parris Gordon, co-founders of the Canadian fashion label Beaufille. Based in Toronto, the sisters are recent graduates of NSCAD, where Chloé majored in Textiles and Parris in Jewellery Design and Metalsmithing. After their fall/winter collection showed at New York Fashion Week, Women’s Wear Daily called their work “effortlessly cool and impossibly chic”; Forbes, which named the Gordon sisters to their 2017 Top 30 Under 30 list, said their clothes “exuded elegance with long lean lines and clean oversized silhouettes.” We are so pleased to welcome Chloe and Parris back to NSCAD.

Dialect takes place on Saturday, April 22, 2017 at 7 pm at NSCAD’s Port Campus, 1107 Marginal Road, Halifax. It’s two shows in one! On one side of our Port Campus, we will transform the second floor exhibition space into an extended 100-foot runway. There will be a cash bar. Tickets for this show are $25 general or $15 students/underwaged.

In our waterside studios overlooking George’s Island, we offer a VIP experience, complete with separate runway and complimentary beverages and hors d’oeuvres. After the runway show, stay for the party and mingle with designers, models and special guests. Tickets are $100.

Proceeds from this event are dedicated to the creation of a scholarship endowment fund for students in Textiles/Fashion.