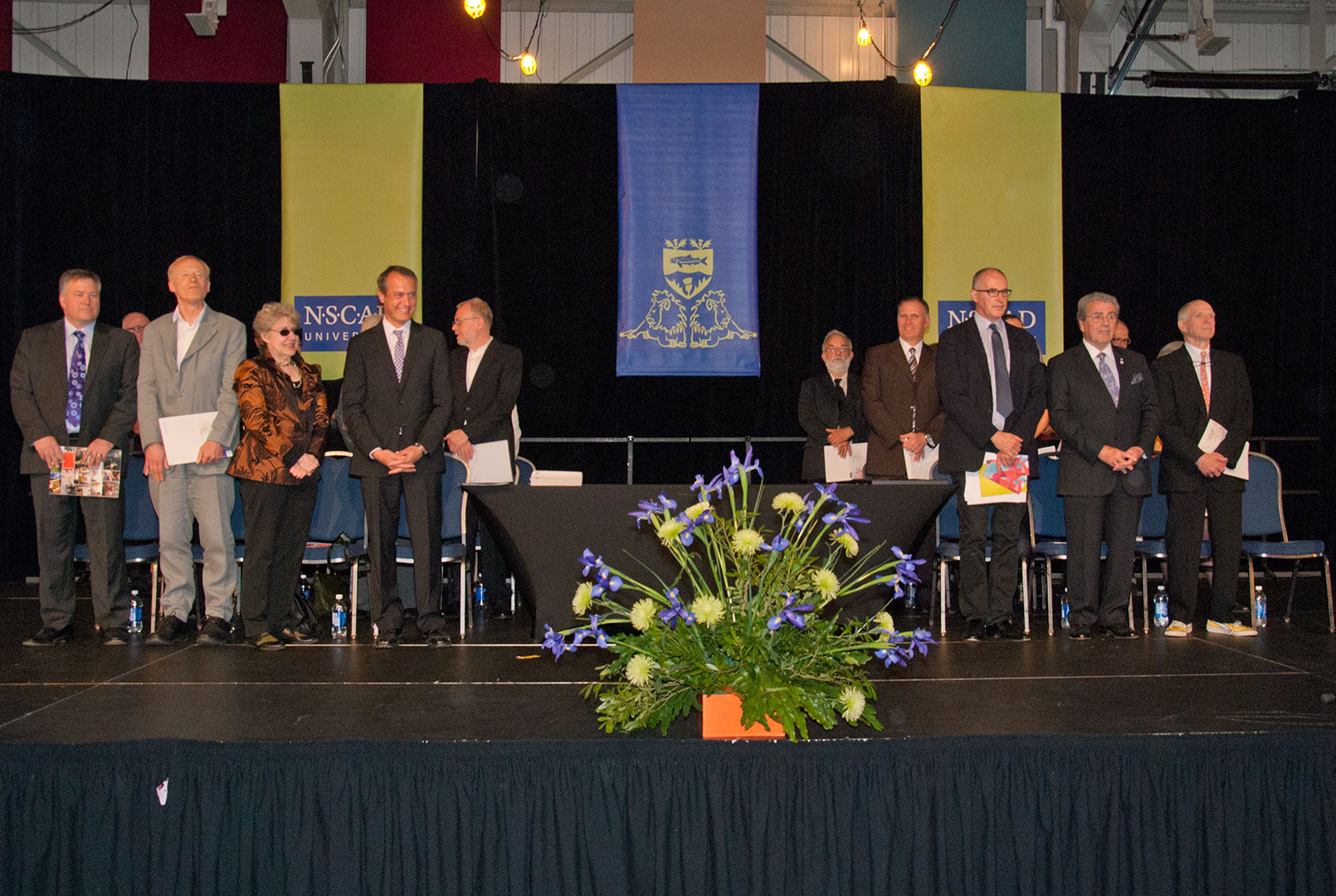 Gifts by donors will support students in financial need

Two anonymous donors are providing $3.4 million to create a new bursary endowment fund which will benefit generations of NSCAD students. The gifts were announced today by NSCAD President David B. Smith.

“We are incredibly grateful that we have donors who have stepped forward to support NSCAD when it’s most needed,” said Professor Smith, whose last official event as President will be NSCAD’s Graduation and Commencement ceremony on Sunday, May 13. “These gifts will make a real difference in the lives of NSCAD students.”

At $2.4 million, one of the gifts represents the largest ever received in the University’s 125-year history. The second gift, also substantial, totals $1 million. Most of the money—$3 million—will go to create a bursary endowment fund. The remaining $400,000 will be used to boost recruitment efforts.

Starting in the fall of 2013, the bursaries will be awarded to five students each year based on financial need and academic achievement. The bursaries, which will cover full tuition, will be renewable through all four years of education provided the recipient’s grade point average is maintained.

At the direction of the donors, the bursaries will be named the “President David B. Smith Creative Excellence Awards” during the first year and every fifth year thereafter, in honour of Professor Smith’s many contributions during his presidency. During the other years, the bursaries will be known as the “Creative Innovators of Tomorrow Awards.” By the fourth year, there will be 20 students attending NSCAD—and each year afterwards—who will benefit from the endowment fund.

“I’m deeply humbled by the donors’ generosity and gracious recognition of my legacy,” said Professor Smith.

Michael Donovan, Chair of the NSCAD Board of Governors, said the gifts are a firm endorsement of NSCAD’s future during its 125th anniversary year.

“What is significant about the endowment is that it is aimed at supporting students who might otherwise not be able to attend NSCAD because of financial difficulties,” said Mr. Donovan. “These awards will lift those worries away—allowing students to concentrate on their studies here at NSCAD, the premier school for the visual arts in Canada.”