Jonah Samson lives on Cape Breton Island, Nova Scotia, and has exhibited nationally and internationally, including exhibitions at Clint Roenisch Gallery, Toronto (2017, 2019), Macaulay Fine Art, Vancouver (2014, 2016, 2018); Otherworldly (2012) at the Musée Eugène Leroy, Lille, France (2012) and the Museum of Arts and Design, New York (2011); Pleasantville (2011) at Studio 9, Istanbul; and Unearthed (2010) at the Sainsbury Centre for Visual Arts in the UK. His exhibition Another Happy Day at Presentation House Gallery in 2013 was listed as one of the top 10 shows that season by Canadian Art, and the accompanying publication was named one of the top releases at the New York Art Book Fair by The New Yorker. His recent exhibition as part of the Contact Photography Festival in Toronto was selected as a “Critic’s Pick” by Art Forum magazine. His work has appeared in numerous books and periodicals, including on the cover of Canadian Art magazine (fall 2017). His recent artist book, “Yes Yes, We’re Magicians” was co-published by Presentation House Gallery in the spring of 2017 and has been awarded second place in the Canadian national book design awards. 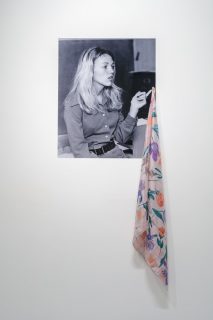