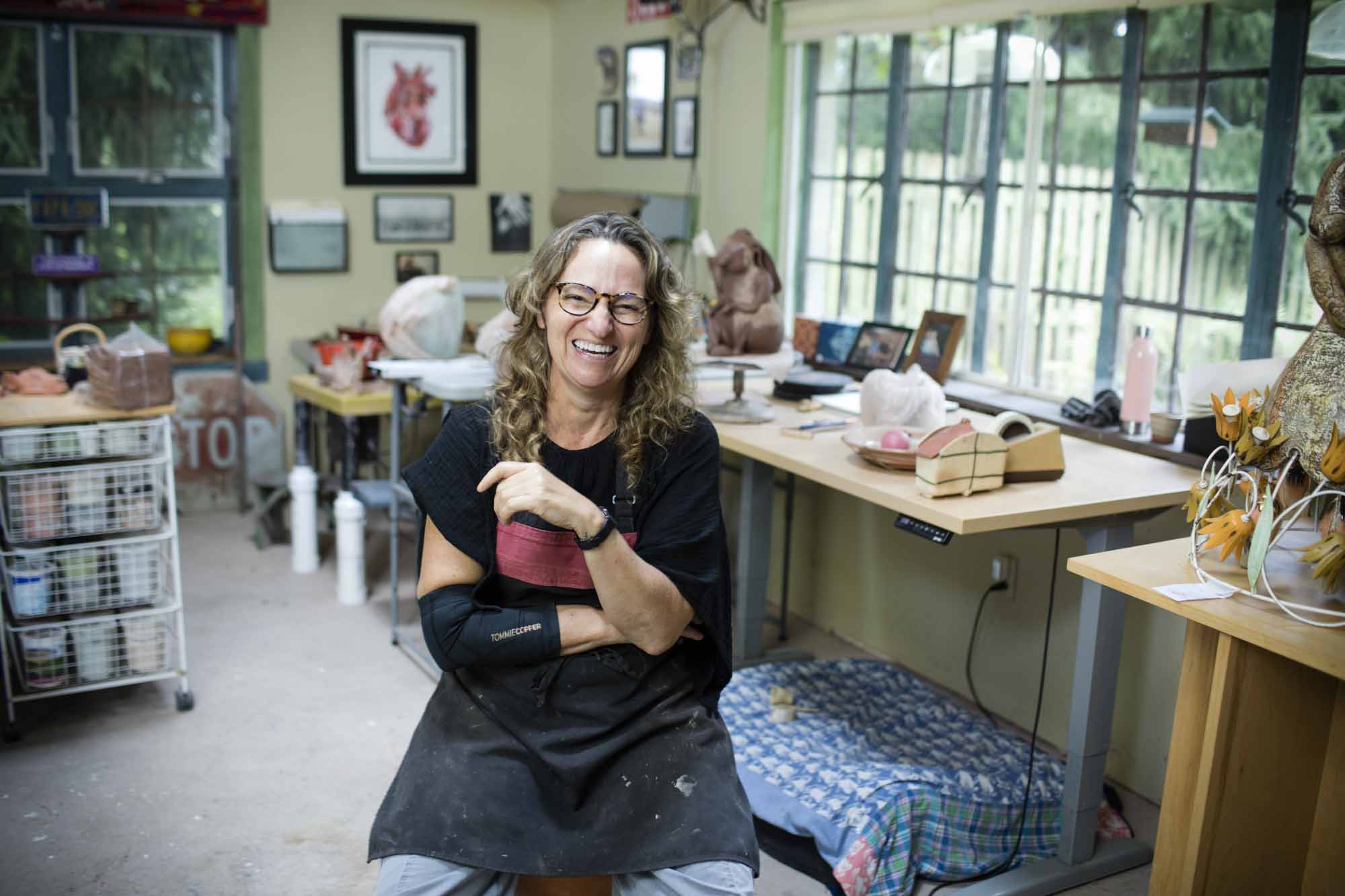 Philadelphia Magazine has issued their 2010 picks for the “Best of Philly” and Bucks County sculptor Lisa Naples was awarded “Best Gallery Artist.” The magazine says that the “Best of Philly” recipients are “the movers, shakers, winners, players and ideas that made our year.”

As for Naples, the magazine noted, “We always liked [Lisa Naples’] deviled-egg plates and cookie jars, but then she hit her late 40s and veered into weird, haunting figurative sculpture, like Bird Mama Queen, that we absolutely love. Naples’s faces, especially, are unforgettably human – and evocative. If this is what growing up does, bring it on.”

The creator of figurative ceramic sculpture, Naples uses personal history and iconography to explore the nature of growth and change.  In April 2010, Edward Sozanski, Contributing Art Critic to the Philadelphia Inquirer reviewed Naples sculpture in the “Contemporary Folklore” exhibition at the Michener Art Museum. He said, “Naples is the most personal and idiosyncratic, and also the most poetic. She combines objects found in flea markets, such as a child’s dress form and wooden alphabet blocks, with clay body parts to create fantastic figures – a bird-woman with a beak and a nest on her head, or a female torso, hands and wrists sprouting branches, rising out of a bower. Her images suggest rebirth and renewal in a quiet, organic way; they are magical but not so outlandish that the inherent symbolism is overwhelmed by the bizarre.”

After post-graduate studies at the University of the Arts in Philadelphia and the Rochester Institute of Technology, she received her M.F.A. in Ceramics in 1988 from the Nova Scotia College of Art and Design. Her work has been exhibited at galleries, museums and shows throughout the United States including the Michener Art Museum,  Smithsonian Craft Show; Philadelphia Museum of Art Craft Show; John Michael Kohler Arts Center, Sheboygan, Wis.; The Clay Studio, Philadelphia; Kentucky Museum of Arts and Design; American Pottery Festival; and Northern Clay Center, Minneapolis, Minn. Naples has provided instruction at esteemed arts and craft centres around the country and served on various juries for admission and prizes for Fine Craft exhibitions and grants.

Naples is the founder of the Elephant’s Eye Studio Tour, an educational organization and event that showcases a selection of nationally and internationally-acclaimed contemporary artists from Bucks County, Pa. during two weekends in May of each year. She, her husband Andy Cleff and their two daughters Isabel and Sophie reside in Doylestown, Pa.