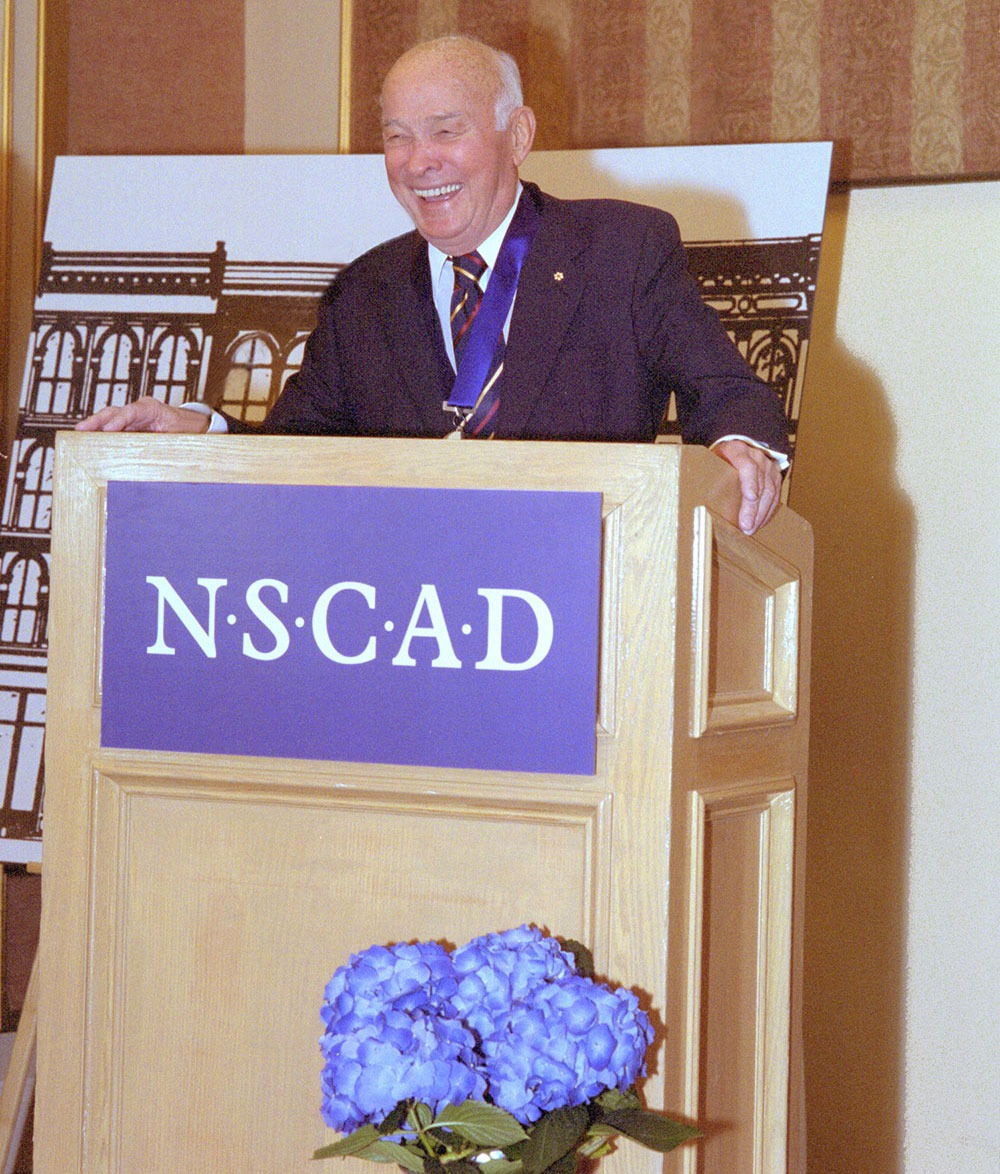 Today we honour one of our students’ greatest supporters, Mr. Harrison McCain.  Presently there are seven students attending NSCAD who are recipients of a “Harrison McCain Scholarship in Memory of Marion McCain.” These scholarships provide full tuition for a student through all four years of their undergraduate degree.  Tracy van deWiel, the student who was awarded the first of these scholarships in 1999 will be graduating today. Recently, NSCAD was honoured to receive five more of these generous scholarships, and for the first time, two will be awarded for graduate study.
We also celebrate the life of one of our own. Bernadette Macdonald was Vice Chair of the board of Governors of NSCAD, and would have been Chair of the Board in September 2003. Known to us all as Bernadette, her leadership was evident from the moment she joined the Board of Governors in October 1999. She also served on many committees including Property, Long-Range Planning, and the President’s Academic Honours Committee. Bernadette served as  Chair of the Finance and Investment Committee, Treasurer of the Board and Chair of the Advancement Committee. In a word, she was invaluable. 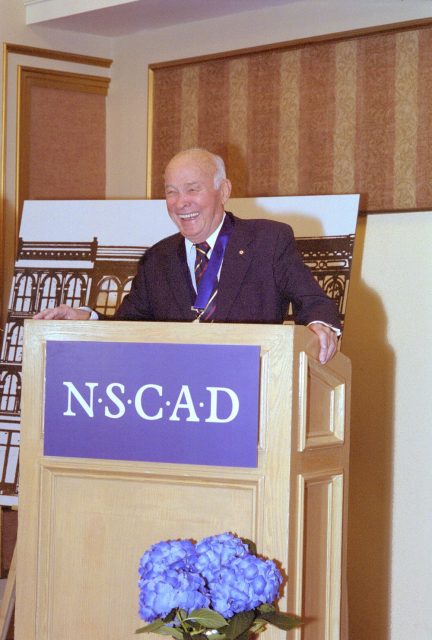 As Chairman throughout most of the history of McCain Foods Limited, Harrison McCain C.C. has directed the growth of the company from a small French fry processing operation in Florenceville, N.B., to the world’s largest producer of French fries one of its premier frozen food companies. In his role as Founding Chairman, which he accepted in 2002, he continues to help guide the destiny of McCain Foods as a member of the McCain Board of Directors.

In more than 40 years in the food industry, Mr. McCain has received numerous honors for his achievements, his societal leadership and his philanthropic activities. Mr. McCain holds five Honorary Doctorates and was named a Companion of the Order of Canada in 1992.  The recipient of numerous business awards, he was inducted into the Canadian Business Hall of Fame in 1993 and was the inaugural recipient of Canada’s Entrepreneur of the Year Life Time Achievement Award in 1998.  He served as Chair of the Board of Trustees of the National Gallery of Canada from 1999 to 2002.  In 2002, Mr. McCain was also honoured with the Order of New Brunswick award in its inaugural year.

Mr. McCain married the late Marion (McNair) in 1952 and is the father of two sons, Mark and the late Peter, and three daughters Ann, Laura and Gillian.

Above all else, Bernadette adored our students. She found numerous ways to express this beyond good governance. Her appreciation for their work, her obvious joy in their accomplishments, and her conversations with them in their studios or over cocktails at a College social, all displayed Bernadette’s appreciation for others and her infectious engagement with life.  Her tragic death in February of this year was a loss not only for our community but, indeed, for everyone lucky enough to know her.

A graduate of Mount Saint Vincent University and Dalhousie Law School, Bernadette worked in Alberta for two years before being called to the bar in Nova Scotia in 1981. She began her career with the Department of the Attorney General as an Assistant Prosecuting Officer. Bernadette continued to have a distinguished career spanning twenty three years as a Crown Attorney. For fourteen of those years she worked in the Special Prosecutions Section, and in 2001 was appointed a Senior Crown Counsel.  On October 21, 2002, she was appointed Queen’s Council.

Bernadette considered it an honour to serve her community and she did so with extraordinary dedication and passion. In addition to serving on many committees of the Nova Scotia Barristers’ Society, she served on the Board of Governors of Dalhousie University, was past President of the Alumni Board of Governors and chaired numerous committees at Dalhousie. In recognition of her of her outstanding contributions to Dalhousie, she was awarded the Gordon Archibald Alumni of the Year Award in 1999. Bernadette also volunteered for the Nova Scotia Art Bank Review Advisory Board and Pier 21 Society.