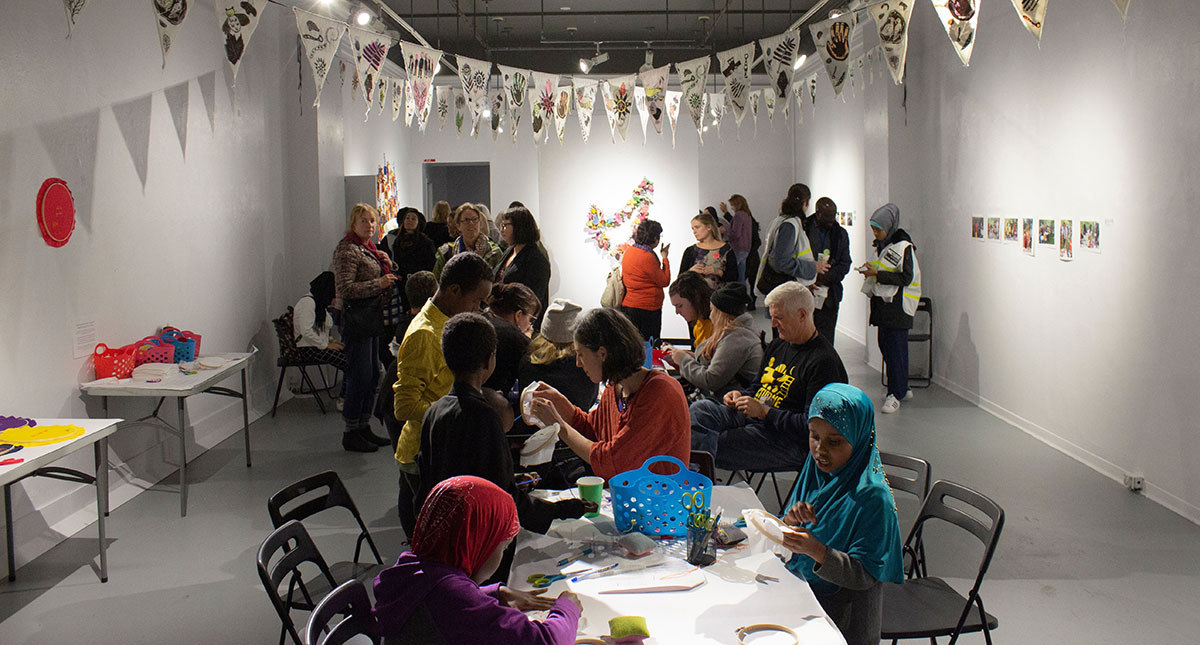 The pairing of NSCAD University and Nocturne: Art at Night is intuitive. Considering the nature of the Halifax-based art school and the annual fall festival, it’s not surprising to learn close ties have long existed between the two.
However, the 2019 edition of Nocturne: Art at Night had an especially strong influence from NSCAD. More than 50 artists affiliated with NSCAD took part in this year’s festival, a record number of participants from the school.

“Nocturne brings so much energy to the city, and the art festival is especially captivating as it shines brightly into the night. It’s easy to see why so many members of the NSCAD community want to contribute,” said Catherine Allen, Manager, Extended Studies, NSCAD University.

“The diversity of artistic talent at NSCAD is so vast, and our students, alumni, faculty and staff are eager to put that on display in an environment as welcoming and open to artists as Nocturne,” added Dr. Ann-Barbara Graff, Vice-President (Academic and Research), NSCAD University.

Some of the highlights from the NSCAD-Nocturne connection this year include:

Other NSCAD students, alumni, faculty and staff who participated in Nocturne: Art at Night include:

More information on NSCAD University and Nocturne can be found at www.nscad.ca and www.nocturnehalifax.ca.

One of Canada’s oldest independent cultural institutions, NSCAD University continues to be regarded as a principal centre for education and research in visual culture in North America. NSCAD has a long history of progressive art-making, dating back to the mid-1960’s when the campus was a haven for the conceptual art movement in North America. Today the NSCAD community is filled with internationally recognized artists, designers, researchers, and scholars.

Nocturne: Art at Night is a fall festival that brings art and energy to the streets of Halifax between 6 p.m. and midnight. The completely free annual event showcases and celebrates the visual arts scene in Nova Scotia. Nocturne works on building partnerships between organizations to bring the city access to art and wonder, with no barriers. Every year Nocturne works with a new curator to present a theme and Anchor Artists.