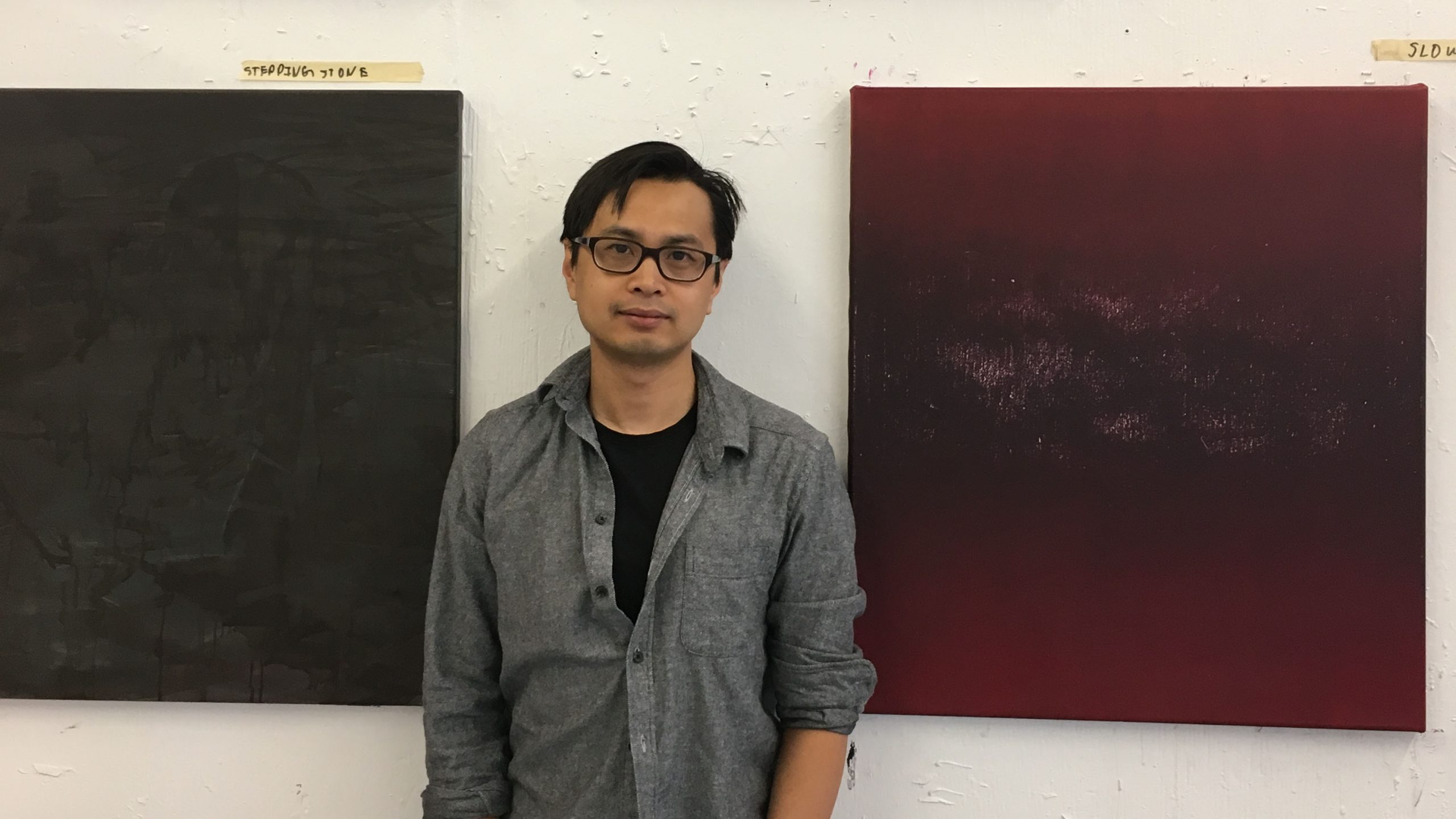 The invitation to come to NSCAD University as the William and Isabel Pope Artist’s Residency in Painting came at the right time for Nam Nguyen.
The Berlin-based artist was in the midst of a dramatic change in his artistic practice: reducing the scale of his work; mixing his own pigments; and letting go of representational image-making entirely.

Plus, it was a chance to return to NSCAD where he did his MFA, graduating in 2008.

“It is so exciting to be back,” says Nam, in his studio in the Fountain Campus. “As an artist, you get so deep into things that the opportunity to simplify and deepen your craft is so appreciated.” 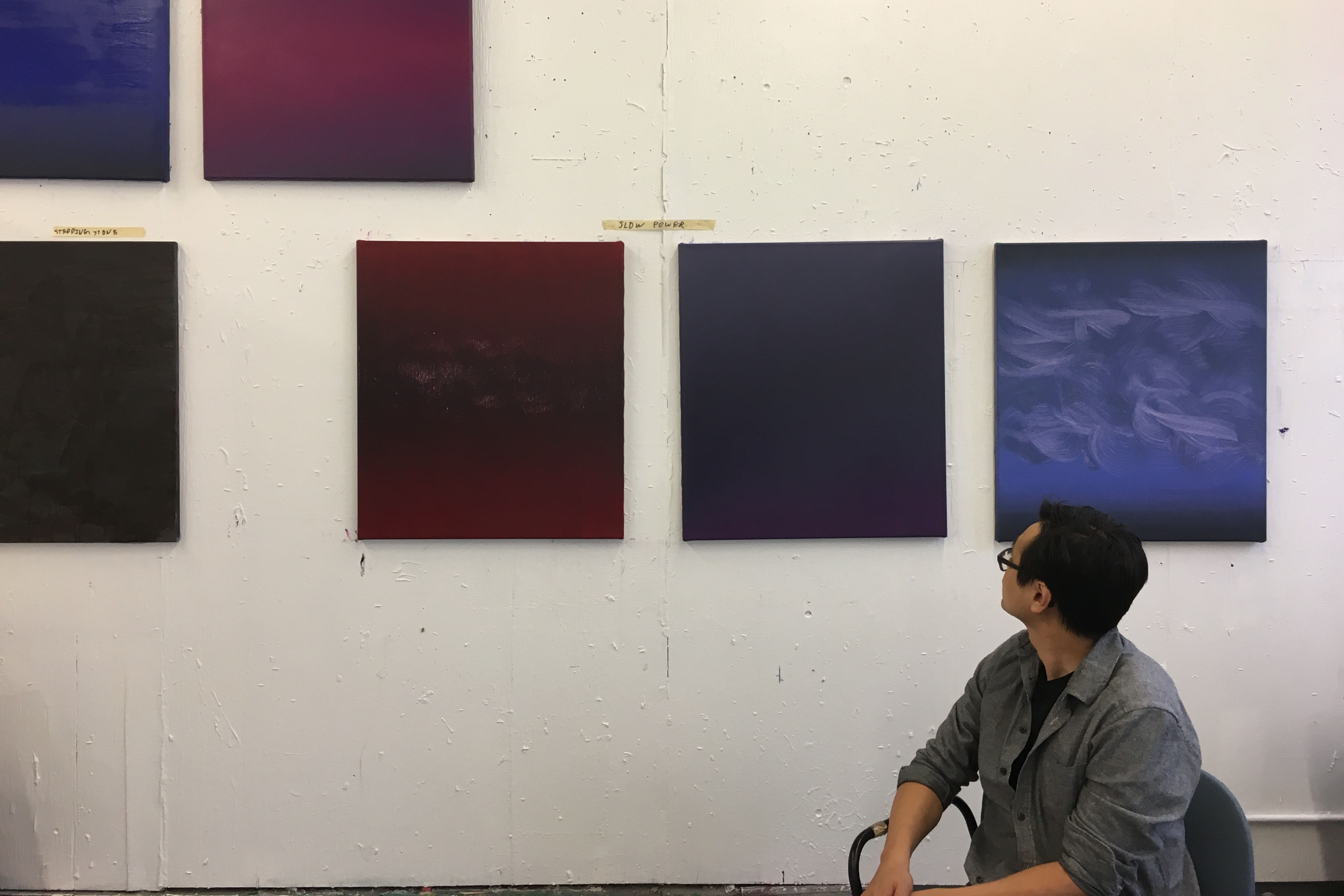 New paintings in various states of completion hang from the stark white walls of his studio. The colour-field canvases are a modest 64 cm wide by 72 cm deep, a nod to the size of typical portrait paintings. “I wanted a scale that was big enough to allow colour to function but too small to allow gesture to take over.”

And then there was the actual paint. “I was struggling to make paint ‘buzz’ in a certain way, like the way colour buzzes in historical paintings because the artist mixed their own paint. Now I get the raw pigment and mix it myself. There’s a world of difference.”

The paintings, recently on display at the Anna Leonowens Gallery for the show Cadence for Unremembered Shades, beckon the viewer close, to experience the work in an intimate way. The reference to portraits makes sense.

“I think of them as planes of contemplation. They’re meant to be lived with and experienced on a day-to-day basis.”

Nam plans to make the most of his residency, which runs to the end of the semester. He’s grateful for the opportunity and for the legacy of the late Robert Pope, who completed a powerful series of paintings on the experience of cancer before he died in 1992 at the age of 35; the foundation in his name funds the residency program.

“Literally being here, I can feel the power of his actions,” he says, taking a look around his studio and taking everything in. “That’s truly special.”