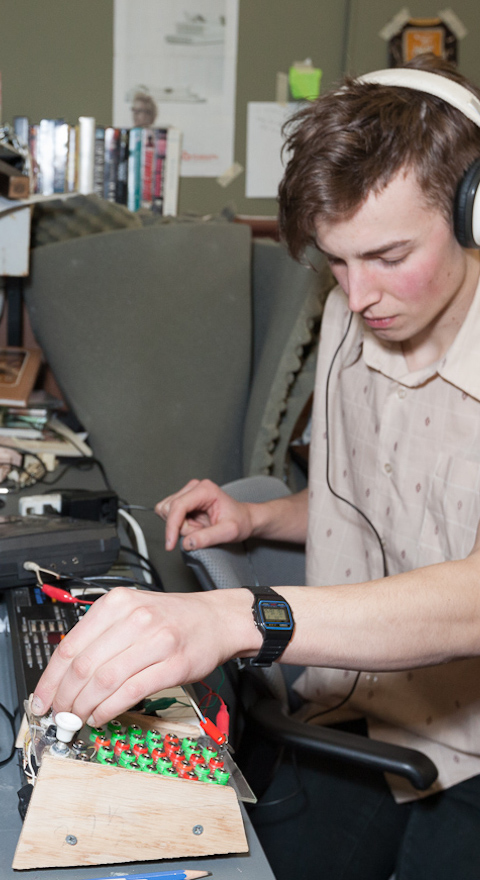 Things Are Looking Up At NSCAD

Things are looking up for NSCAD University this fall.

The number of full-time undergraduate and graduate students has increased by 9.2 per cent or (58 students) from last year, the most significant increase of any university in Atlantic Canada, according to figures released by the Association of Atlantic Universities.

NSCAD University President Dianne Taylor-Gearing says there’s a buzz at the university during its 130th anniversary year. Studios at NSCAD’s three campuses are bustling; and the city is alive with cultural events including Photopolis, Nocturne and //Responsive: International Light Art Project. NSCAD alumni and honorary degree recipients Teresa Hubbard and Alexander Birchler, whose work was shown at the Venice Bienniale this spring, are on campus this week, as is Ed Pien, here working with master printmaker Jill Graham as part of the NSCAD Lithography Workshop: Contemporary Editions.

“This upturn is confirmation that NSCAD is a vibrant and thriving independent institution, a place that draws students from across Canada and around the globe,” she says. “There’s positivity in the air at NSCAD this fall, that’s confirmed by the numbers.”

NSCAD’s student body is more diverse than ever, with one in four students at NSCAD coming from outside Canada. Countries of origin for NSCAD’s international students include China, Korea, United States and Bermuda. NSCAD posted a 25 per cent increase in the number of full-time international students compared to last year.

NSCAD also experienced growth in the number of first-year students—a 26 per cent increase—and transfer students—an 8.8 per cent increase. In the past few years, NSCAD has been working on boosting its transfer and articulation agreements with other institutions make it easier for students to transfer credits and continue their studies at NSCAD.

Other improvements in the admissions process included the hiring of new permanent recruitment staffers, and tightening the response time from the moment a student applies to when they’re accepted.

“A big ‘well done’ to everyone here at NSCAD for working together,” said Prof. Taylor-Gearing.

Despite the continuing demographic challenge facing Atlantic Canada, enrolment across the region’s universities remain stable and in some categories, growing, especially among international students.