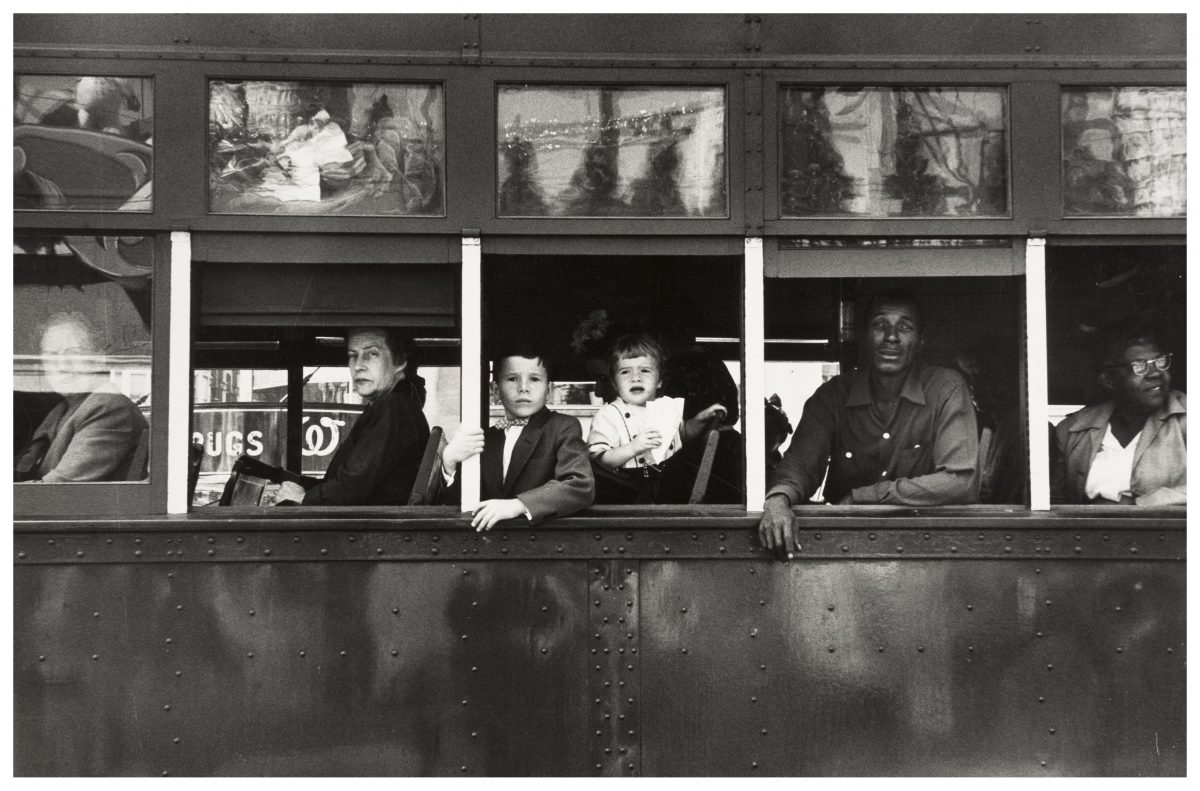 The Anna Leonowens Gallery at NSCAD University will host the groundbreaking exhibition, Robert Frank: Books, Films, 1947-2014. There’s just one week to see the show, on view September 5 to 12 at the gallery, 1891 Granville Street, Halifax.

The legendary artist, best known for his seminal work The Americans, along with his publisher Gerhard Steidl, are expected to attend the opening on Friday, September 5, at 5:30 p.m.

It promises to be a unique exhibition, not only because of its high profile, but because of its ephemeral nature. Robert Frank’s images will be printed and display on the ends of newsprint rolls, and torn down and destroyed after the show’s closing, on Friday, September 12.

How did the Anna Leonowens Gallery score such a coup? As the German publisher Gerhard Steidl explained in an email to gallery director Melanie Colosimo: “I do it for Robert and for NSCAD.”

Melanie can’t help but pinch herself. Robert Frank: Books, Films 1947-2014 will not only kick off the fall 2014 academic term, but her own directorship of the gallery.

“I have been a big fan of Robert Frank since I was a student at Mount Allison. I adored The Americans and would sign it out as often as possible from the library. This was before social media and alternative news sites would spread content around quicker than the flu at a daycare,” she says. “So for me, as a young artist from a small town, I hadn’t been exposed to a body of work that showed a very true and uncensored view of western culture. The Americans altered the way the western world would look at themselves, at the way I looked at my world. His work and writings had a huge influence on my practice, even today. It’s an influence and honesty that are still relevant to today’s generation.”

Robert Frank divides his time between New York and Mabou in Cape Breton. Born in Zürich, Switzerland, the 89-year-old fled to the United States during the Second World War and established himself as a photojournalist. A Guggenheim Fellowship, awarded in March 1955 and renewed a year later, freed him to pursue his work independently, and he soon began to travel in hopes of making a book. Les Américains was published by Robert Delpire in Paris in 1958 and, as The Americans, by Grove Press in New York in 1959. It is regarded as one of the most influential photo books of all time, challenging the documentary tradition and the aesthetic of photography.

Frank taught a filmmaking class at NSCAD in the early 1970s. His wife, the artist June Leaf, was awarded an honorary degree from NSCAD in 1996.

Steidl may be as legendary in the field of publishing as Frank is to photography. He began working as a designer and printer in 1967, starting out printing posters for art exhibitions. He is known for personal attention to each book, from choosing the paper to overseeing the layout. Some of the Robert Frank art books published by Steidl include New York to Nova Scotia (2005), Paris (2008), Peru (2008) and The Americans (2008). Other art books published by Steidl include Documentary and Anti-Graphic Photographs by Henri Cartier-Bresson and Walker Evans, Exposed by Bryan Adams, and Water by Edward Burtynsky, to name a few.

Steidl will also attend the screening of How to Make a Book with Gerhard Steidl on Thursday, Sept. 4, 7:30 p.m. in NSCAD’s Bell Auditorium. The documentary observes the publisher as he collaborates with world famous photographers Robert Frank, Joel Sternfeld, Ed Ruscha, Jeff Wall, and Robert Adams at their studios and in Germany at the Steidl printing shop.

The Anna Leonowens Gallery acknowledges the support of The Chronicle Herald for the promotion of Robert Frank: Books, Films, 1947-2014.