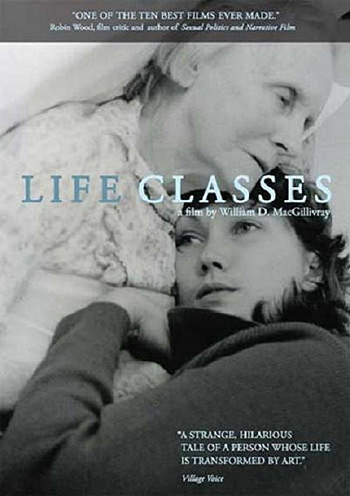 Shooting from the East – a critical history

With the Nova Scotia filmmaking industry currently in flux, it seems a bittersweet time for a critical history of filmmaking in Atlantic Canada to come out. But then all the better to appreciate the fertile scene that was took root on rocky shores starting in the 1970s.

Shooting from the East: Filmmaking on the Canadian Atlantic by Dr. Darrell Varga is a comprehensive history of Canadian film and TV production in the four Atlantic provinces. The book was informally introduced at Universities Art Association of Canada conference held at NSCAD last November and subsequently launched at the TIFF Lightbox in Toronto and Carbon Arc Cinema, the only independent cinema in Halifax.

“Today, everyone’s phone is like a production studio, but in the 1970s, 35-mm filmmaking was rare. The expertise was not there,” says Dr. Varga, associate professor at NSCAD.

Through production cooperatives, filmmakers shared equipment and expertise and built infrastructure. At the same time, they explored ideas about what it means to make films that are grounded to a place. The first wave of Atlantic filmmakers was driven to tell stories reflected by where they lived. Auteurs such as Bill MacGillivray in Nova Scotia and Mike and Andy Jones in Newfoundland made films “that couldn’t possibly be made anywhere else,” says Dr. Varga. Films told with imaginative complexity such as MacGillivray’s Life Classes and the Jones brothers’ The Adventures of Faustus Bidgood “delve deep into the character of the place.”

NSCAD, then without a film program, was nevertheless an incubator for early success. NSCAD attracted major artists to work with students, including the legendary photographer and filmmaker Robert Frank, awarded an honorary degree by the university last year. Frank, with his declaration that there are no rules, inspired founding members of the Atlantic Filmmakers Cooperative (AFCOOP), based in Halifax. Frank also sold AFCOOP their first professional camera, the same one he used to shoot Cocksucker Blues, his infamous and rarely seen documentary about The Rolling Stones.

Frank’s no-rules ethos made sense at a place like NSCAD, where artists are always pushing themselves and making do. Says Prof Varga: “It was permission: You do it yourself. You make it work. You pull it together. You don’t have to be an industry. You’ll see that ethic at work in so many filmmakers that studied or taught at NSCAD – Thom Fitzgerald, Andrea Dorfman, Helen Hill – and it’s still present.”

Throughout the book, Prof. Varga writes about many feature films, documentaries and TV series from the region, right up to The Disappeared (directed by Shandi Mitchell, 2012) and Heartbeat (directed by Andrea Dorfman, 2014), essentially art house films made in the context of a well-established industry. While comprehensive, the book is not encyclopedic: films are mentioned as they relate to recurring themes including landscape and environment, race, and First Nations.

In advance of the book launch in Toronto, TIFF asked Dr. Varga for his list of “10 Films from Atlantic Canada Everyone Should See.” In order of oldest to most recent, here’s that list: