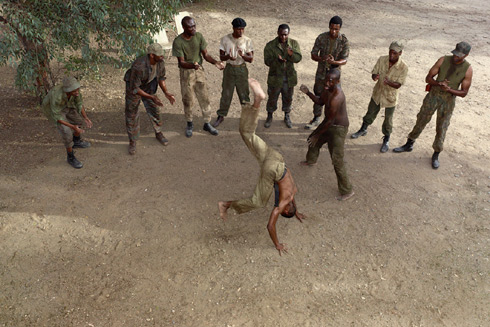 Stan Douglas to speak at NSCAD

Interdisciplinary media artist Stan Douglas is set to visit NSCAD University as a guest speaker.  Hosted by NSCAD’s Media Arts Division, the presentation will take place on Thursday, Jan. 22 at 7:30 p.m. in the Bell Auditorium on the fourth floor of NSCAD’s Fountain Campus.

The Vancouver-born contemporary artist will discuss his most recent work while touching on the past five years of his career.  The lecture is open to the public.

Working with new and outdated technology, Douglas’s work is influenced by the history and place. He often references footage from popular film genres and classic literary works to create films, photographs and installations. He’s exhibited at Documenta and the Guggenheim; and been featured in German Vogue, Time Magazine, The New York Times and more.

Stan Douglas is the winner of the 2013 Scotiabank Photography Award, arguably the most prestigious prize for a photographer in Canada. The award includes a $50,000 cash prize, a solo exhibition at the Scotiabank CONTACT Photography Festival and a book of the winner’s work published and distributed globally by art publisher Steidl.

“The work of Stan Douglas affirms the validity and volatility of photography at this decisive moment in the history of art and media. The continuous fluctuations in optical technology, the reduction of images to data and the everyday use of photographs in social media have resulted in challenging questions regarding how images are made, used and distributed,” said NSCAD Professor Robert Bean.

Douglas’s most recent film Luanda-Kinshasa, a jazz movie that runs more than six hours has been described by Michael Vass in Canadian Art as continuing “the artist’s well-established practice of exploring the relationships between 20th-century politics, popular culture and aesthetics through semi-narrative fictional conceits and staged historical “documentation.”

Douglas’s work is currently on exhibition at The Fruitmarket Gallery, Edinburgh until February 15, 2015 and Orradre Library, Santa Clara University, California as part of a group exhibition titled Interrupting Entropy: Selections from the Betlach Collection until March 1, 2015.