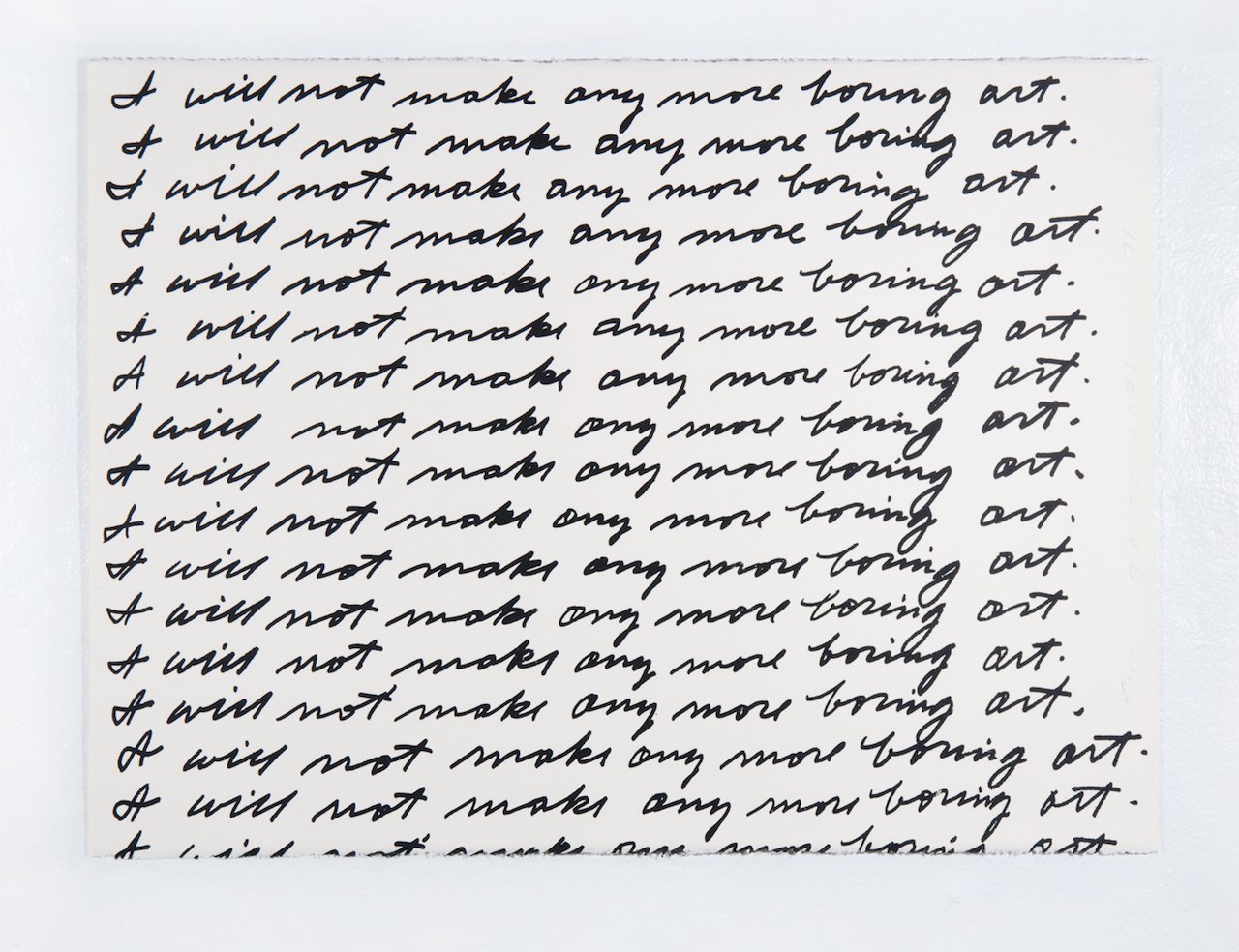 It’s what you call a weighty tome. From the provocative title and the I Will Not Make Any More Boring Art endpapers and the 454 pages in between, Garry Neill Kennedy’s The Last Art College, Nova Scotia College of Art and Design, 1968-1978 gives the reader plenty to ruminate over.

In the year since its publication by MIT Press, the book has amassed a posse of solid reviews and made the Institute of Contemporary Arts’ Book of the Year list. A review in The Architect’s Newspaper calls it “Kennedy’s greatest work to date as a conceptual artist. He has found a way to make the college’s vision and material production stand the test of time.”

Reached by phone in Vancouver where he was team teaching a graduate seminar at Emily Carr University of Art + Design with his wife Cathy Busby, the venerable former president spoke about the Nova Scotia College of Art and Design then and now. He is now in Europe where he is talking about the book to students at the University of Leeds, Teesside University and the Royal College of Art.

The following Q and A is based on an email and phone conversation.

Where did the title, The Last Art College, come from?

It came as a result of a conversation that we (Roger Conover and his wife Eda Cufer, my wife, Cathy Busby and me) had at the Algonquin Hotel, St. Andrews N.B. as that was half-way point between the residence of my editor, who lives in Freeport, Maine, and my home in Halifax N.S.  Several ideas for titles of the book were tossed around—remembering that MIT Press had already published books on the Bauhaus in Germany and Black Mountain College in the States— and more recently published The Art School (2011) for which I  wrote a testimonial on its back cover.

What has been the reaction to the title?

There have been various responses to the title. At first MIT marketers had a problem with it as art schools are very popular these days —and they worried that it would be a hard sell. But I said that all one has to do is flip through the book and it would be clear (to anyone who knows anything about art or art education or who went to NSCAD) that that there would be nothing to compare to it in the future.  It was “an artists-run art college.”

What made those years so special?

We were aware that what we were doing was distinctive and important. (In the book, GNK elaborates on his vision to “create conditions” whereby the best young artists from North America and Europe would make both long and short visits. Also, he sought to attract active professional artists and designers as permanent faculty.)

To me, it’s not enough that visiting artists come and give a talk about their work. They’ve got to come and do something with the students. Make a book. Make a print edition. Organize an exhibition. Do something! And so they came and they were part of the program.

It would seem that the college’s location in Halifax was a disadvantage in terms of plugging into the contemporary art scene. But you didn’t see it that way. Why not?

In a talk given at the college in November 1969, the New York critic Lucy Lippard described the special and somewhat paradoxical possibilities of the times. By sidestepping traditional art institutions with their rigid and controlling hierarchies, she argued, visual artists could be more innovative. She pointed to the unique opportunities available to artists working in environments that lacked the structures and attendant limitations of more established art centres … that fit with my thinking, there were few barriers to break down, few art traditions to uphold. There was no city or provincial art gallery, and there were no curators and few critics.

What do you hope the reader will get from reading your book?

Some people see the book as a challenge. We discussed it recently at a meeting of students and faculty at the Otis art Institute in LA and one faculty member said that it was a challenge to try to better.

Are there any lessons for NSCAD today from the NSCAD of the past?

There are a lot of lessons. The central one is to avoid debt. The NSCAD of today somehow got itself into debt. In all my years at the helm, the Board saw that one of its primary responsibilities was to keep the college out of debt.

Debt is very simple. You spend more than you have. We never spent more than we had—NEVER! If you allowed a corporation to get into debt then it’s vulnerable to a takeover. The same goes for art colleges.

The other thing is to stay focused on what you do best. Don’t have too many courses, too many departments. Stick to art and craft and design. If you get involved in too many things, then you’re going to have problems.

I think the school could be better. I think there’s a lot people can learn from the book. 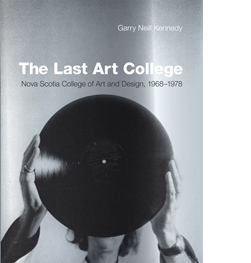 The How did a small art college in Nova Scotia become the epicenter of art education—and to a large extent of the postmimimalist and conceptual art world itself—in the 1960s and 1970s? Like the unorthodox experiments and rich human resources that made Black Mountain College an improbable center of art a generation earlier, the activities and artists at Nova Scotia College of Art and Design (NSCAD) in the 1970s redefined the means and methods of art education and the shape of art far beyond Halifax.