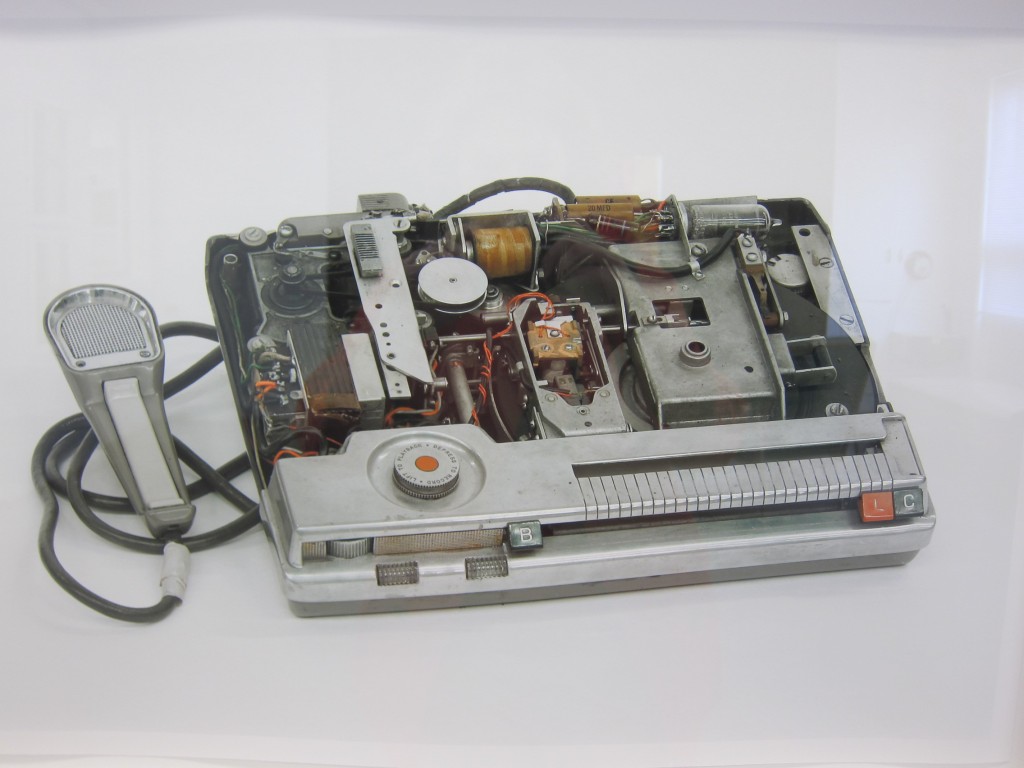 “Obsolescence never meant the end of anything,” said Marshall McLuhan, “it’s just the beginning.”
Those words certainly ring true for NSCAD University professor Robert Bean, whose interests in both obsolescence and the famed media theorist converge in the multi-media exhibition, Illuminated Manuscripts. The exhibition was on display for much of the summer at the Coach House at the University of Toronto and is now on its way to Canadian Cultural Centre in Paris for a September opening.

“The Coach House is where Marshall McLuhan taught his famous Monday evening seminars,” says Bean, who came to NSCAD as a student in 1976 and never really left. As a professor, he teaches photography and media arts. As an artist, he was commissioned to create the site specific exhibition in McLuhan’s seminar room as part of the Marshall McLuhan Centenary celebrations.

“McLuhan talks a lot on the subject of obsolescence and how technologies create new environments,” says Bean. “Of course that’s happening now at an incredible pace; you decide to spring for the iPad 2 and the iPad  3 is already out. “

In the 1960s and 70s, McLuhan came into prominence for his ideas on media and its effects, part of a wave of Canuck cool that was catching the world’s attention. He appeared on the cover of Newsweek; Andy Warhol paraphrased him with his “15 minutes of fame” quote; he even appeared as himself in the Woody Allen film Annie Hall. But for all of his foresight, the man who coined the phrases “the medium is the message” and “the global village” is regarded as a relic of the past—obsolete if you will, says Bean.

“It’s as if his celebrity was spent,” he says. “When he died in 1980, he fell off the cultural map and has since been forgotten by an entire generation.”

But Bean is a firm believer that McLuhan’s ideas are as thought provoking as ever and ensures his students are reading and reflecting on McLuhan tomes, including The Gutenberg Galaxy (1962), Understanding Media (1964) and Culture is our Business (1970). His own reconnection with McLuhan has influenced his art making, which brings to mind another of McLuhan’s pithy phrases or “probes”—“Obsolescence is the moment of super abundance.”

“That’s the thing, obsolescence isn’t just the trail of stuff you leave behind, it’s an opportunity for creativity and reinvention,” says Bean, who is now at work on another installation which will reflect on McLuhan’s relationship with avant-garde composer John Cage. “As artists who constantly need to reinvent ourselves, we thrive on obsolescence.”