NSCC and NSCAD’s 2+2 programs add up to “win win,” according to a NSCAD University professor.

“It’s really a win win set up,” says Adrian Fish, chair of NSCAD’s Media Arts Division. “Having the agreements in place makes things easier and widens up opportunities for students coming to NSCAD from the community college.”

Called 2 + 2 programs, articulation agreements between the Nova Scotia Community College and NSCAD University make it possible for NSCC graduates in graphic design, photography and film to get credit for their two-year diploma programs and transfer into the third year of a four-year degree program at NSCAD. The programs have been in place since 2014.

Katelyn Everson is in the last semester of her NSCAD degree. She said coming to NSCAD from NSCC’s Photography program opened up a world of opportunity for her, including a whole new way of approaching her work. She took advantage of the breadth of classes available at NSCAD and adapted to its culture of criticism and self-reflection to make art.

As she says, “I had to unlearn a lot of things.” Photography at NSCC, for example, had a more commercial focus, and in the second year of her program, she ran her own business, Katelyn Everson Photography, taking portraits, shooting weddings and documenting events. But at NSCAD, taking photographs was just the start.

“What I really wanted to learn was how can I bring awareness to the world? Taking pictures of old architecture wasn’t enough. I became more action oriented. I ask a lot of questions.”

Her studies at NSCAD led her to go to the United Nations in New York as a delegate for the Voice of Women Through Peace. “One door opened and then another,” says the Dartmouth resident, who is now exploring further education in art therapy. 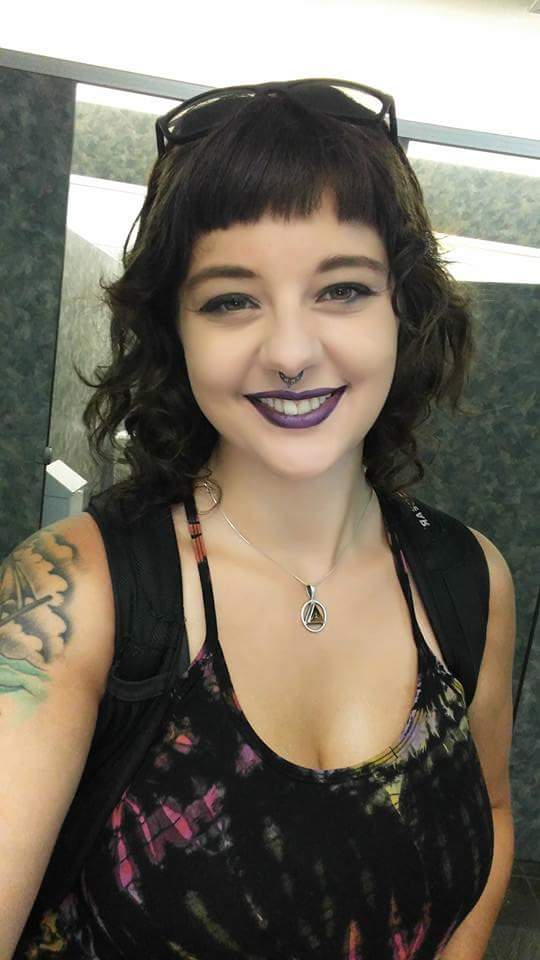 NSCAD student Gabrielle Gallant is also a NSCC photography graduate. Like Katelyn, she says NSCAD pushes her creatively and conceptually.

“The biggest difference is the conceptual nature of class critiques as compared to a very commercial background from NSCC,” says Gabrielle, who is currently on exchange at l’Ecole des Beaux Arts in Paris. “I found myself thinking in a completely different way and asking myself more questions about other artworks as well as my own.”

She says the chance to go on exchange is a big plus of the NSCAD experience. NSCAD has international exchange agreements with post-secondary institutions in 19 countries.

“For me, it was a chance of a lifetime and I’m currently in Paris on a fall semester exchange until mid January!” says Gabrielle in an email. “I was accepted to study in Patrick Tosani’s artistic practice studio class. I’m also taking a digital media workshop, screen printing, as well as an advanced French class. It’s pretty incredible to get the chance to study in another country and I’m very grateful.”