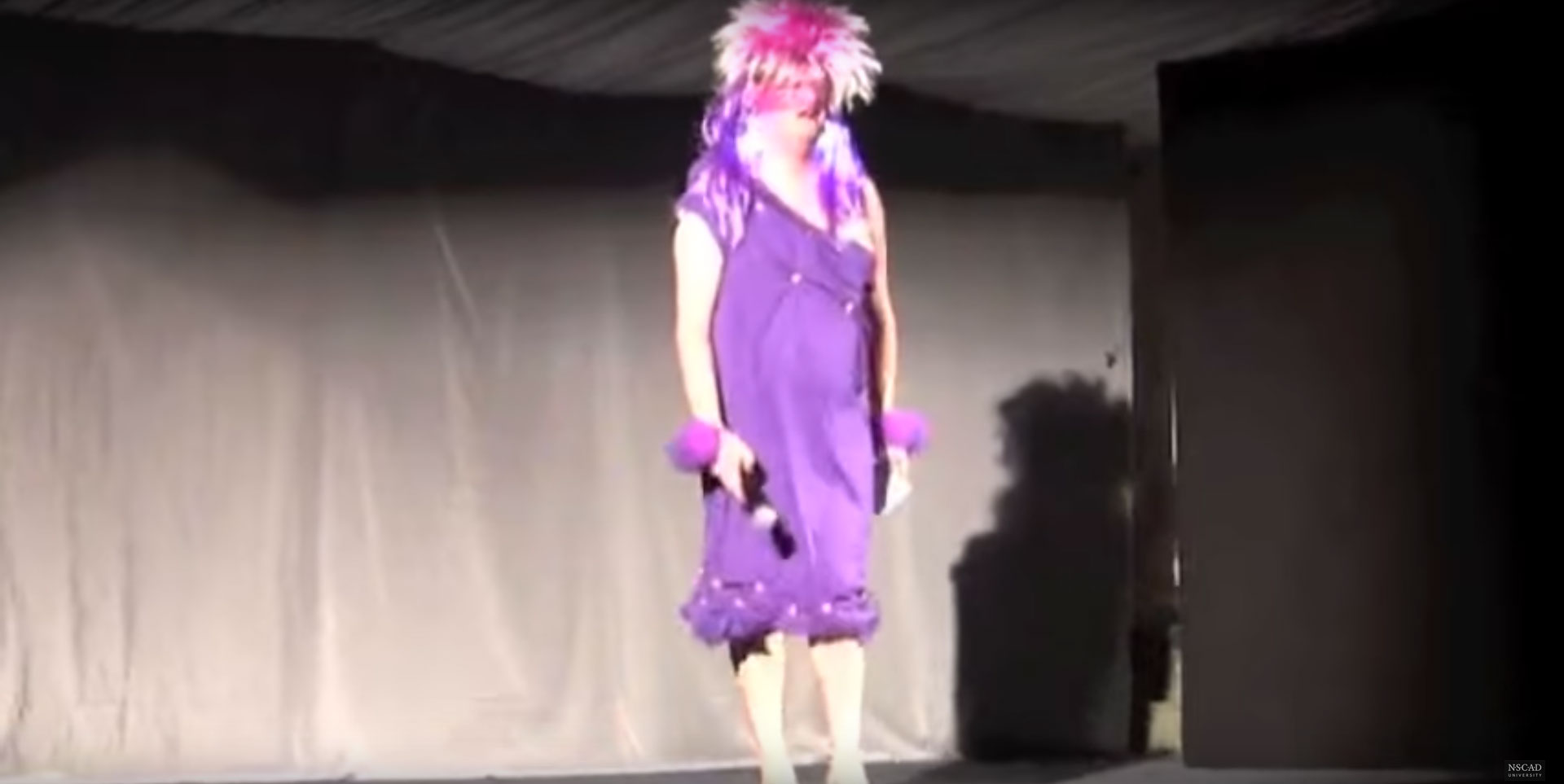 The 2010 Wearable Art Show – the longest-running benefit for people living with AIDS in Nova Scotia – promises to be a night to remember.

Set for Wednesday evening, April 21, this year’s WAS moves to a new location: the Olympic Community Centre, 2304 Hunter St. in Halifax. Doors open at 7:30 p.m. with the show starting at 8:00 p.m. The 19+ event also includes an off-stage gallery exhibition and an infamous after-party featuring Taydut, a local DJ.

Advance tickets are $15 ($20 at the door) and can be purchased at Venus Envy and the NSCAD University Art Supply Store.

That WAS then. This WAS Now.
From its humble beginnings 20 years ago in the NSCAD student lounge with cafeteria tables for a runway, the Wearable Art Show has morphed into a much-anticipated annual event attracting hundreds of dedicated followers.

For two decades, this student-run event has raised funds for the AIDS Coalition of Nova Scotia and, for the past three years, has also directed proceeds to the NSCAD Wearable Art Scholarship.  In 2002, WAS was named Outstanding Philanthropic Group by the Society of Fundraising Executives (Nova Scotia).

The current student organizers are honoured that Andrew Harwood, BFA ’91, the first host of “Wrapped & Glued, Warped & Lubed” and organizer of the inaugural Wearable Art Show, will return to Halifax to commemorate the 20th anniversary. Harwood is currently Executive Director of the Video Pool Media Arts Centre in Winnipeg and ran his own DIY gallery in Toronto for seven years called Zsa Zsa. Harwood had two alternative drag nights at Toronto’s Buddies in Bad Times Theatre:Gaza Strip Club and The Revue.

“This one-of-a-kind, non-juried, wearable art extravaganza reaches out to the entire arts and culture community of Halifax and beyond; artists and designers come together to explore the body electric and to celebrate art and fashion as pure spectacle,” says 2010 event co-organizer, Paulina Pszczesny.

“Year after year, WAS shocks, challenges and alters the minds of audiences and participants,” Pszczesny adds. ”For one night a year, artists, designers and spectators alike are encouraged to think outside the box that separates the school from the city, and help tear down walls that limit the connection between the worlds of art and fashion.”