We are proud that Dr Sandra Alfoldy is the leading Craft Historian in Canada, and also faculty member of NSCAD University. In this talk Sandra discusses the ‘connection’ artisans share, what makes an artisan and how this image has been portrayed over the years. She also poses the question – who decides what image an artisan should take? Who decides the worth of an artisan? Is the term ‘artisan’ devalued by the desire for sales?

Dr. Sandra Alfoldy received her Ph.D. in craft history from Concordia University in 2001, and completed her post-doctoral fellowship at the University of Rochester in 2002. Her current research focuses on the relationship between craft and architecture in post-war Canada, and the historical tensions between Canadian studio craft and industrial design. She is the author of Crafting Identity: The Development of Professional Fine Craft in Canada (McGill Queen’s University Press, 2005), editor of Neocraft: Modernity and the Crafts (NSCAD Press, 2007) and co-editor of Craft, Space and Interior Design: 1855-2005 (Ashgate Press, 2008). 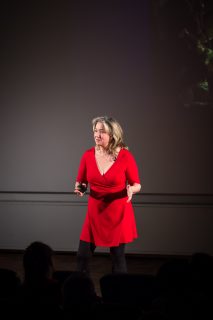 Dr. Alfoldy co-curated the 2007 traveling exhibition On the Table: 100 Years of Functional Ceramics in Canada, and is the chief curator of the Canadian Fine Craft exhibition at the 2009 Cheongju International Craft Biennale in South Korea, and the Canadian Fine Craft exhibition at the 2010 Olympic winter games. In 2007 she organized the international Neocraft: Modernity and the Crafts conference at NSCAD University. She credits her professional textile artist parents, Andy and Elaine Alfoldy, for instilling in her this obsession with the crafts.

Dr. Alfoldy is also Professor of Craft History at NSCAD University, and Associate Curator of Fine Craft at the Art Gallery of Nova Scotia. She is the author of The Allied Arts: Architecture and Craft in Postwar Canada (2012) and Crafting Identity: The Development of Professional Fine Craft in Canada (2005), editor of Neocraft: Modernity and the Crafts (2007) and co-editor of Craft, Space and Interior Design, 1855-2005(2008). She was the Chief Curator of the national Canadian exhibition at the Cheongju International Craft Biennale (2009) and the 2010 Vancouver Winter Olympics