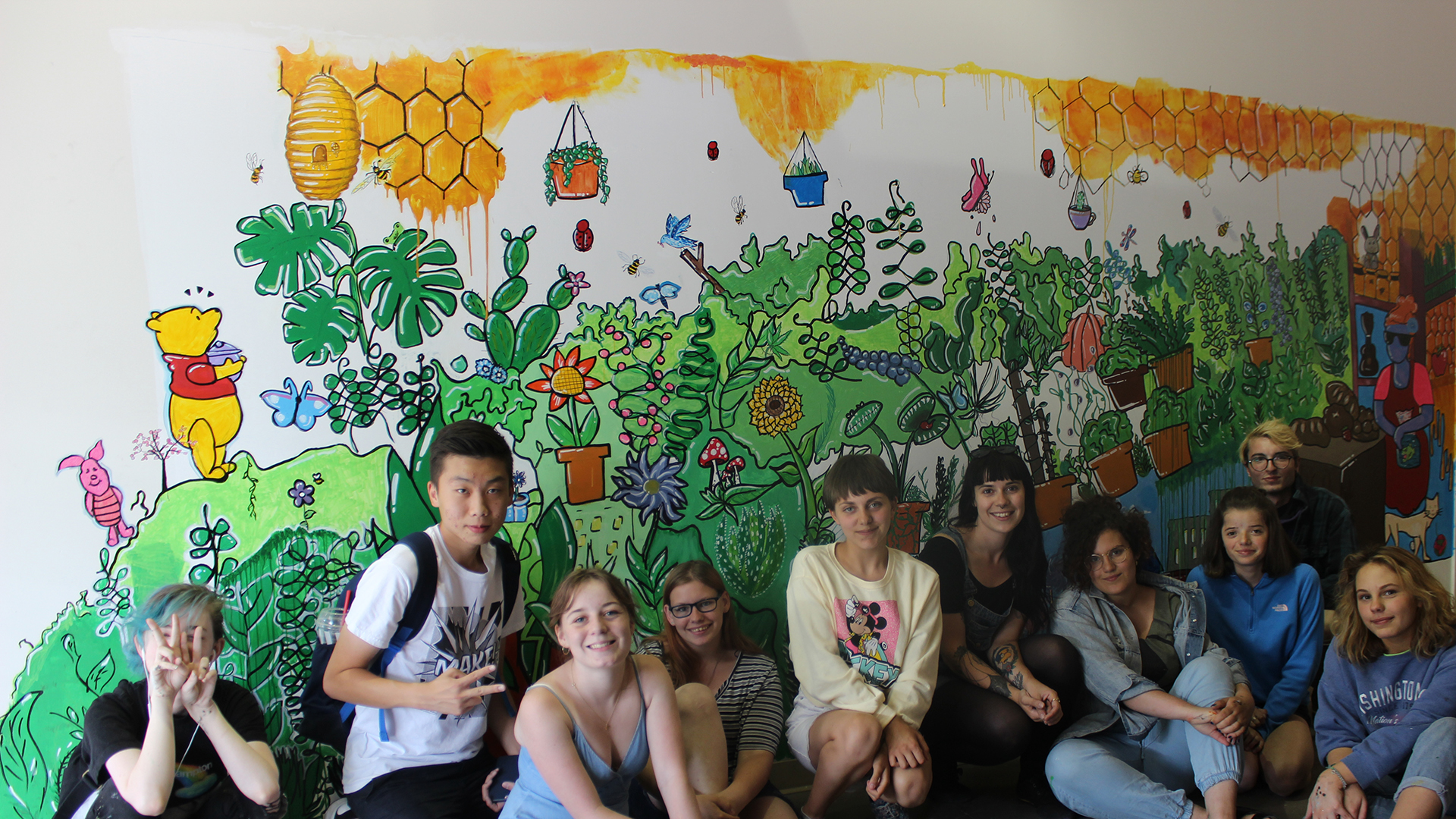 Making its mark for the first time this year, Mural I & Mural II went off as a smashing success! Organized by Jenn Carson, this was our first-ever foray into a permanent public art piece, made by our summer students. In collaboration with the Halifax Seaport Authority, both camps used their week to plan, sketch, project, and paint, paint, paint a public section of Pier 21. Jenn is a huge proponent of the value of creative, urban art, and it certainly shows in these two group murals. 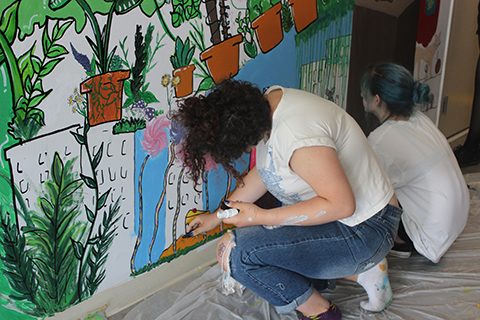 Throughout the week students learned about various forms of public art as well as the numerous materials and techniques involved with creating in an urban environment. Students were encouraged to “Think beyond spray paint! Think off canvas! Think big! Think outside!”.

Jenn’s vision for the mural was to depict “The Seaport as a bustling area, steeped in history located in the South End of Halifax. There is a whole community working together to make this a vibrant and exciting area of the city. This mural is a visual representation and story of what happens in the markets within the Seaport with George’s Island as the backdrop. There is so much to explore, see and do within The Seaport, and creativity and inspiration is easy to find.” 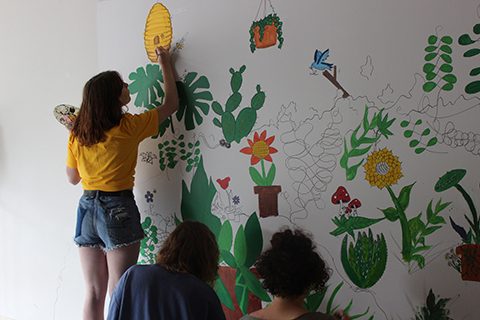 Working on such a large scale is no easy feat, but campers learned how to take their thumbnail sketches, and plan for them to be projected on a larger scale. Sections of both murals were planned to be made in partnership, as well as specified sections where artists could add their unique touch. By working together all over the piece, everyone’s unique style was carried across the whole work, tying all of its intricate parts together. Approximately 17 students ages 12-17 created this work.

What we heard from campers for the week was the freedom they enjoyed on working on such a larger scale, on what value their lessons in colour theory & colour scales did to enhance the work, the fun they had in evolving the initial sketch along to the finished piece, and how tired their arm muscles were from holding paintbrushes up for so long! 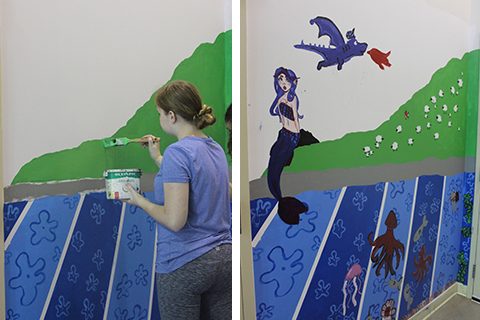 We want to wholeheartedly thank everyone who took part in this new excursion-for their work, ingenuity, creativity, and in making a welcoming space for all those involved. Please enjoy the enclosed photos as mementos of their time in Mural I & II.

We’re happy to say that this space will be open during the opening day of Artrageous (Friday August 31st) between 4-6pm. Please be sure to stop by to see the wall yourself in person, as pictures don’t really do it justice! 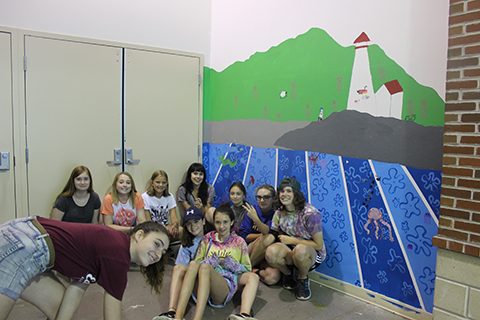