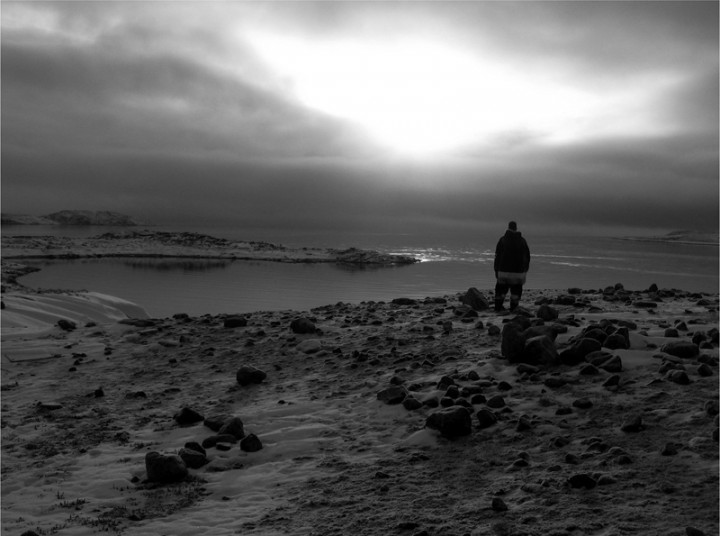 Darrell Varga doesn’t want the award-winning documentary Passage (2008) by filmmaker John Walker to become obscured in the canon of Canadian cinema, as has happened to so many worthy Atlantic Canadian films–films like Mike and Andy Jones’ The Adventures of Faustus Bidgood (1986) and William MacGillivray’s Life Classes (1987), which was shot in part at NSCAD.
To make these remarkable films more available, Dr. Varga produced the DVD releases and writes extensively about them in Shooting in the East: Filmmaking in the Canadian Atlantic. Forthcoming by McGill-Queen’s University Press, the tome is an in-depth analysis of art cinema, narrative and documentary productions in the Atlantic region; a main focus for the book is the history of filmmaking cooperatives, such as AFCOOP in Halifax and NIFCO in St. John’s.

“These films are not only important to their time, but important works of cinema anywhere,” says Dr. Varga, Canada Research Chair in Contemporary Film and Media Studies. His studio at NSCAD University as part of the CineFlux research cluster is supported by the Nova Scotia Research and Innovation Trust.

For Passage, Dr. Varga didn’t wait for the film to get forgotten and buried after its initial run of screenings at film festivals, declaring it a “masterwork” and dedicating an entire book to it. The film deals with Sir John Franklin’s lost expedition through the Northwest Passage; it has two main storylines, one documenting the filmmaker John Walker and his crew making a historical fiction film and the other, the nonfiction thread, reclaiming Scottish explorer John Rae’s story and his role in uncovering the truth about the doomed expedition. The film explores how history is shaped to suit the teller, in this case, the powerful British Empire, and to exclude voices on the margin.

“It is brilliant because it pushes the boundaries of what is a documentary film,” says Dr. Varga. “In a complex way, it draws you in as a viewer and challenges you without you even really knowing.”

In John Walker’s Passage (University of Toronto Press), Dr. Varga provides a close study of the film in the context of the filmmaker’s rich body of work (some of his other docs include A Drummer’s Dream, Men of the Deeps and The Fairy Faith) and the development of a Canadian documentary tradition.

Besides his scholarship on Atlantic Canadian cinema, Dr. Varga has returned to filmmaking in the last few years—“like breathing again,” he says. Fire, Ice and Sky (2013) is a road film and extended reflection on the nature of time, art and landscape. He has two more documentaries on the go: Harbour of Nevermore, on Halifax Harbour, and Bread in the Bones, on the “poetry and passion of bread.”