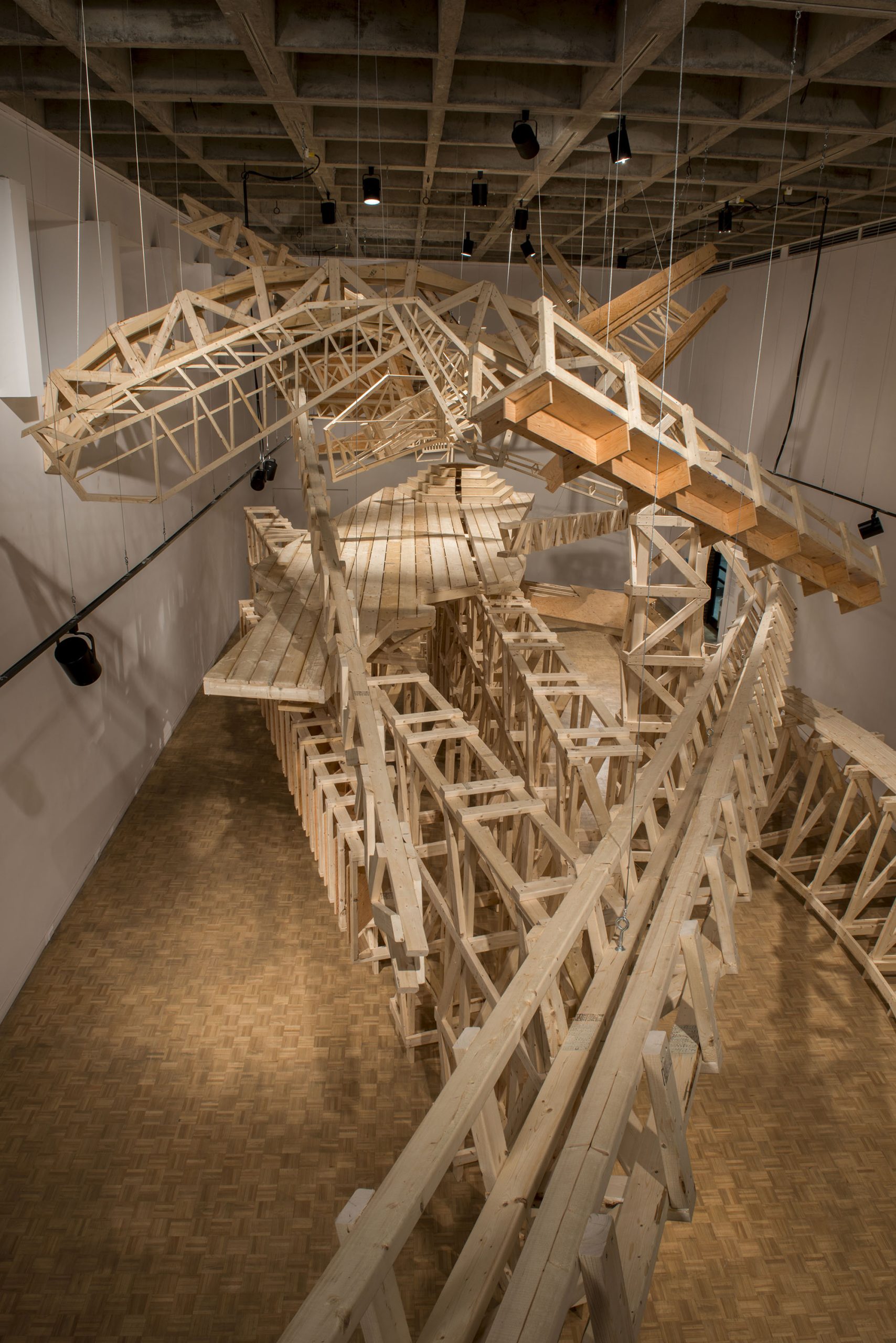 The Lieutenant Governor of Nova Scotia Masterworks Award winner stumbled to the stage in a state of disbelief, honestly wondering if the wrong name was read aloud by mistake.

“I’m still shocked,” said Steve, a part-time NSCAD University professor who won for his huge wooden sculpture, Beyond the Terminating Vista. The masterwork was constructed over six weeks in the spring during a residency at Mount Saint Vincent University Art Gallery.

“The other people did such fabulous work … I was absolutely convinced that Jason Buxton (for his feature film Blackbird) was going to be the recipient. I even bet against myself, so I owe a few people five bucks.” Also nominated was Christian Barry, Anthony Black and Nick Bottomley of 2b Theatre for their play, When It Rains.

He’s humbled and grateful for the recognition that the $25,000 award brings. “You know, I just go to the studio and make stuff. And I ask myself, ‘Am I challenging myself?’ ‘Am I getting closer to the core idea I’ve been pursuing all my life?’ That’s what sustains me, so to get this recognition on top of that is just great.”

Steve believes his work with NSCAD students benefits his artistic practice as a sculptor.

“Students have this funny way of challenging your thinking … I get a lot from them and sometimes they ask questions that are questions I ask myself. That rapport really feeds into my thinking.”

In constructing the work, Steve hired two NSCAD students to assist him, conscious that the residency at the Mount offered him mentorship opportunities. Students Najet Ghanai and Aaron Sinclair, along with David Dahms from the Mount, worked alongside him during his residency, helping translate his vision from paper to maquette to construction, from a load of lumber to a sculpture on a massive scale, 60 feet long, 20 feet wide and 20 feet deep. Just hours before the exhibition’s opening in April, they were still removing equipment and sweeping up sawdust.

“We used every moment of our time and I loved it,” says Steve.

A native of Lockeport, N.S., Laurie Swim studied weaving in Denmark after graduating from NSCAD in 1972, and soon after, decided to shift her medium from paint to fabric and thread. In her Lunenburg studio, she has been creating series of works based on her surroundings and its history. Besides the Portia White Prize, Laurie also won Canada’s most prestigious quilting prize, the Dorothy McMurdie Award this year.