Annica Cuppetelli and Cristobal Mendoza began collaborating as Cuppetelli and Mendoza in 2010. They create installations and objects that combine physical elements with digital technologies, composing sensual, immersive and dynamic experiences.

Based in Detroit, their work has been exhibited in the Denver Art Museum, the Bienal de Video y Artes Mediales in Chile and in festivals such as Nemo 2013 (France), Scopitone 2012 (France), ISEA 2012, FILE 2011 (Brazil), FAD 2011 (Brazil) and video_dumbo 2013 and 2011 (New York). They were selected as Kresge Arts in Detroit Fellows for 2015. Cuppetelli received a MFA in Fibers from Cranbrook Academy of Art. Mendoza received a MFA in Digital + Media from the Rhode Island School of Design.

//RESPONSIVE: International Light Art Projects Halifax launches this September 25, 2019 at 6pm. This 4 day exhibition will showcase 16+ international artists who use light as a primary medium in their practice.

This lecture is presented with the support of the Canada Council for the Arts and Probst & Partner of Antigonish. 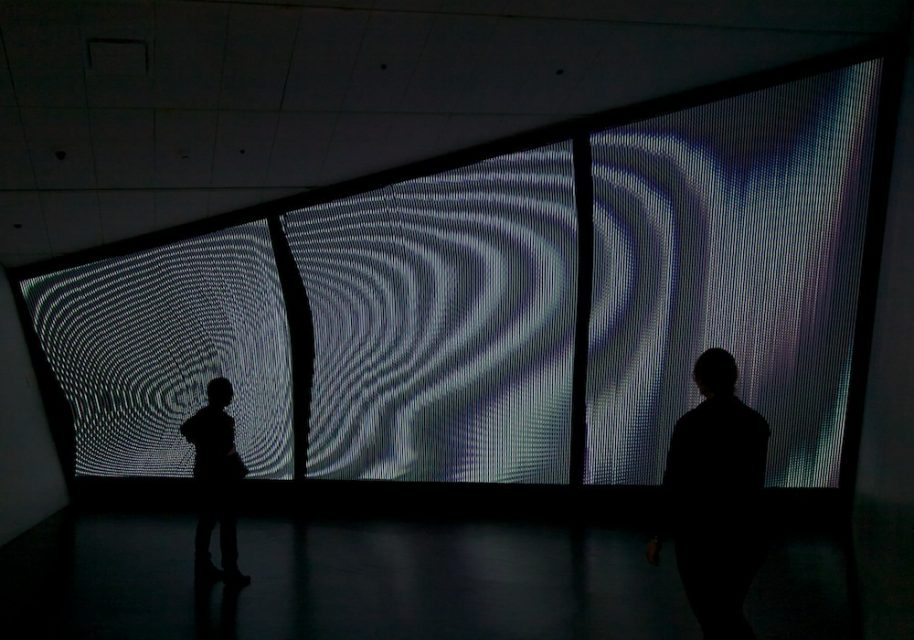