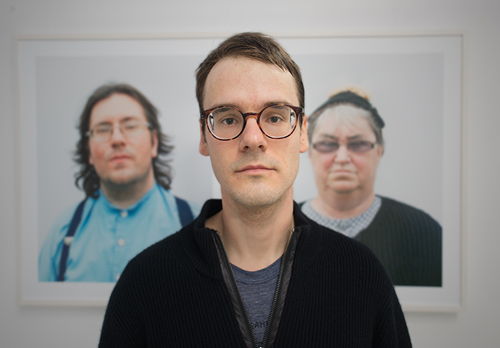 Evan Rensch: By your pleasure, I did see 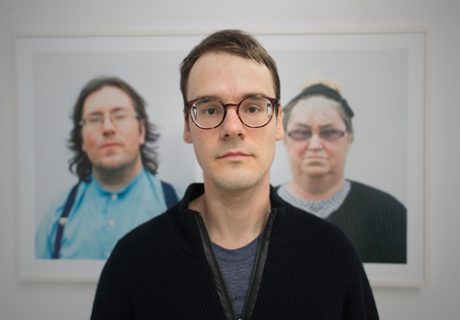 The Atlantic Region has always been home to photographer Evan Rensch. He was born and raised in Summerside, PEI, completed his first degree at Mount Allison in Sackville, NB so it’s only fitting that he would complete his MFA in the region he loves so much, especially after spending five years living with the freezing temperatures of the Yukon.
“I came to NSCAD because of the reputation of the school, but also because I wanted to be close to home and as a photographer your work is really dictated by the place you’re in and I knew that I wanted to make pictures of Atlantic Canada,” he said.

Pursuing an MFA at NSCAD in photography, Evan has been engaged in documenting those in Nova Scotia’s service and tourism industry.  His focus has been primarily on photographing call centre workers, re-enactment employees and heritage sites to see how they relate to the image of present day Nova Scotia. Evan hopes to examine the shift in Nova Scotia’s labour force from one traditionally dominated by primary resource industries to one based on service and tourism.

“On a picture by picture basis it’s interesting for me because I’m photographing people basically wearing a mask. They’re contemporary people, but they’re also engaged in this sort of façade of history. It’s a region that has identified with its history and this association is furthered by the tourism economy,” said Evan.

He has also been researching the work of Nova Scotian photographer Wallace MacAskill, best known for his photographs of the Bluenose. He’s looking into how MacAskill’s work relates to creating an image of Nova Scotia’s past.

“I’ve been pursuing a bunch of different subjects.  I’m primarily a photographer and I photograph a lot of people who are aligned by various demographics and social contexts,” he said. “But all of these things are geared towards producing an image of Nova Scotia’s past and present.”

His upcoming MFA exhibition will be a mix of photographs and video.  Evan describes the show as being “somewhat eclectic on the surface.”

When asked “what do you hope audiences will get out of the exhibit?” he replied with, “I hope that they examine the place they live in in new and unforeseen ways. What’s interesting about photography is that it points to things that go unnoticed by our vision in our daily lives; it selects something and causes us to reflect upon it.”

Evan’s MFA Thesis Exhibition, By your pleasure, I did see will be on display at the Anna Leonowens Gallery, 1891 Granville Street, Halifax from March 10 – 21, 2015. The opening reception will be held Monday, March 9 from 5:30PM – 7PM.