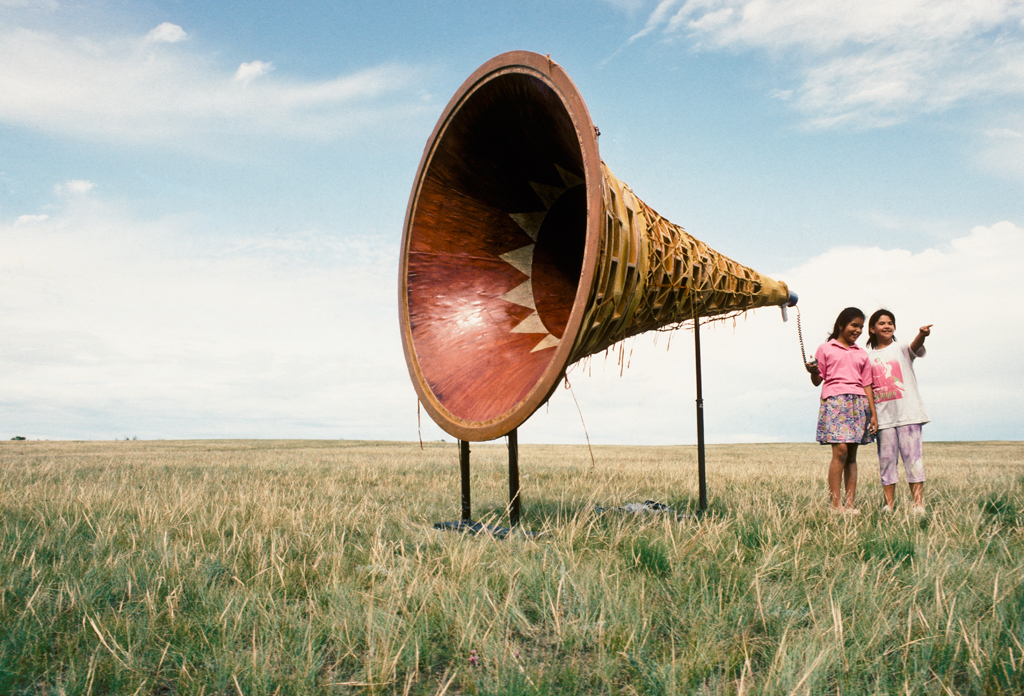 Anishinaabe artist Rebecca Belmore; renowned curator, creator and art academic Robert Storr; and cultural industries leader Michael Donovan, will each be honoured with a Doctor of Fine Arts (honoris causa) degree at NSCAD University’s 2019 graduation ceremony.  The April 29 event will be held at the Cunard Centre in Halifax.

Rebecca Belmore’s work digs into and exposes the social and political realities of life as an Indigenous person in Canada.  For the past 30 years, Belmore has confronted issues of colonialism, displacement and silenced voices through her art.  Using performance, installation, sculpture, video and photography, Belmore creates work that challenges and questions, resonates and disrupts.

In addition to gallery shows, touring solo shows and special commissions, the internationally renowned artist exhibited in 1991 at the IV Bienale de la Habana, and in 2005 was the first Indigenous woman to represent Canada at the Venice Biennale.  In 2017, Belmore showed at documenta 14 in Athens.  More recently, the Art Gallery of Ontario’s retrospective Rebecca Belmore: Facing the Monumental celebrated a career devoted to using the power and beauty of art to invoke change.

When speaking of NSCAD’s second honorary doctorate recipient, Taylor-Gearing says, “Here at NSCAD, we’ve benefitted first-hand from the wise counsel and shrewd acumen Michael Donovan brought to his role as a long-time friend and pivotal volunteer leader of our institution.”

Donovan is an Academy Award®-winning producer, co-founder of Salter Street Films, Genie-nominated screenwriter, leader in children’s entertainment, and executive chair and CEO of DHX Media.  Described by Ernst & Young as a “shining example of visionary leadership,” Donovan’s commitment to building the province’s cultural industries extended to his volunteer support for NSCAD.  Over the course of his 14 years on the university’s board of governors – including six as chair – Donovan’s entrepreneurial drive helped shape and guide NSCAD’s evolution into a three-campus institution.

In recognition of his significant contributions to NSCAD’s strategic growth, Donovan was conferred as NSCAD University Life Governor in 2014.

Curator, critic, painter, writer and academic, Robert Storr is regarded one of the clearest and most rigorous thinkers in the art world today.  The former senior curator in the Department of Painting and Sculpture at the Museum of Modern Art (MoMA), New York, Storr later served several years as visual arts director of the Venice Biennale – the first American to do so.  A long-time contributing editor to “Art in America,” Storr has written for art publications and authored catalogues worldwide.  One of his several books, “Intimate Geometries: The Art and Life of Louise Bourgeois,” won the FILAF D’OR at the Festival International du Livre d’Art et du Film, Perpignan, France.

As an academic, Storr taught at leading fine art and design schools throughout the US and lectures internationally.  A former dean of the Yale School of Art, he continues to teach there as a tenured professor.

The formidable impact and influence of this self-described “accidental curator” has been recognized with numerous awards, including a Guggenheim Fellowship, and honorary doctorates from the University of the Arts London, Montserrat College of Art and the School of the Art Institute of Chicago, among others.  In 2010, the French Ministry of Culture elevated Storr to the status of Officier of the Ordre des Arts et des Lettres.

“The textured and multifaceted nature of the professional art world nurtures talent from across the creative spectrum,” says Professor Dianne Taylor-Gearing, NSCAD University president.  “From Rebecca Belmore’s provocative and evocative works that give voice to the realities of the Indigenous experience to Robert Storr’s passionate, intelligent commitment to getting art that needs to be seen in front of audiences who need to see it, we’re recognizing that depth and breadth.”

“By honouring these three remarkable individuals, we’re recognizing the unique, essential and substantial contributions each has made to art and art education.”

“We’re delighted to welcome Ursula Johnson back to NSCAD to deliver the graduation address,” continues Taylor-Gearing.  “She is firmly entrenched in the vanguard of Canada’s emerging generation of contemporary artists.  Her fearless and focused art-making reflects the essence of a NSCAD education.”

Johnson, a NSCAD alumna, is establishing herself as one of Canada’s most challenging and compelling voices in contemporary art.  The first Atlantic Canadian to win the $50,000 Sobey Art Award, Johnson frequently draws on traditional Mi’kmaq basketry techniques and styles to inform her work.  Through interactive performance, sculpture and installation, she confronts and examines issues of both Indigenous and queer identity.