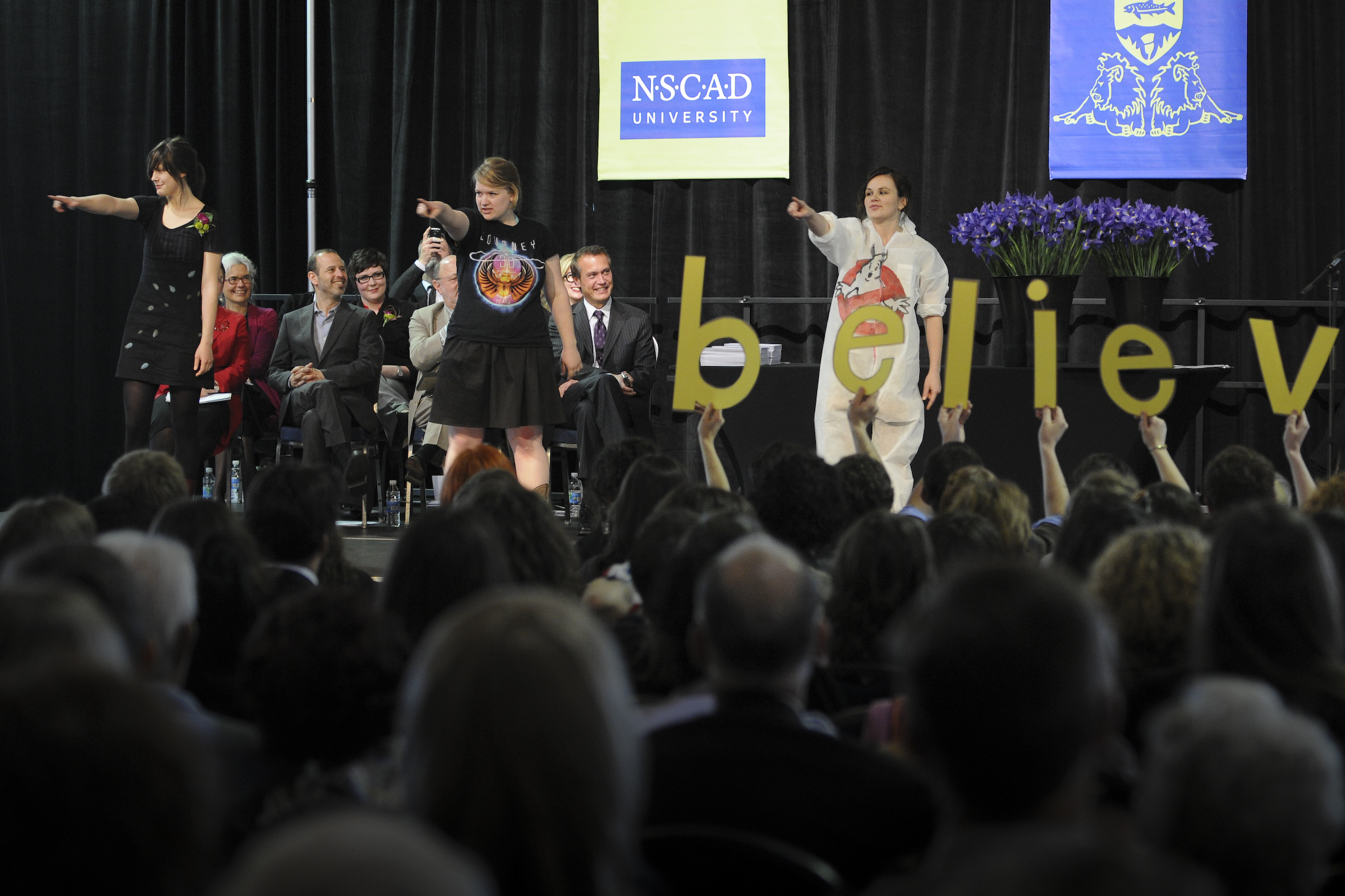 Prior to moving to Los Angeles in 1981, Medjuck taught at the University of Toronto for 12 years and founded that university’s Cinema Studies Program.

Taylor Thomson, the daughter of the late Lord Thomson of Fleet, is renowned as a passionate art collector. Trained as an actor, she has performed on stage and television, and currently owns a film development and production company. Thomson’s previous works include The Children of Huang Shi, starring Jonathan Rhys Meyers.

“We are delighted to recognize the contributions of these two outstanding cultural leaders,” says Professor David Smith, NSCAD University President. “Joseph Medjuck’s remarkable career bridges academia and the world of film production. As a passionate art collector and promoter of the visual and performing arts, Taylor Thomson is a figure of influence and leadership in cultural affairs.”

Medjuck and Thomson will each be conferred with a Doctor of Fine Arts (honoris causa) degree.

Charley Young, BFA ’09, will deliver the valedictory address, while the Governor General’s Silver Academic Medal for highest academic standing will be awarded to NSCAD alumna Despo Sophocleous, BFA ’08. Jordan McDonald, BFA ’09, will receive the RCA / C.D. Howe scholarship for high academic standing, which provides support for post-graduate studies on one of twenty disciplines recognized on a rotating basis by RCA membership.