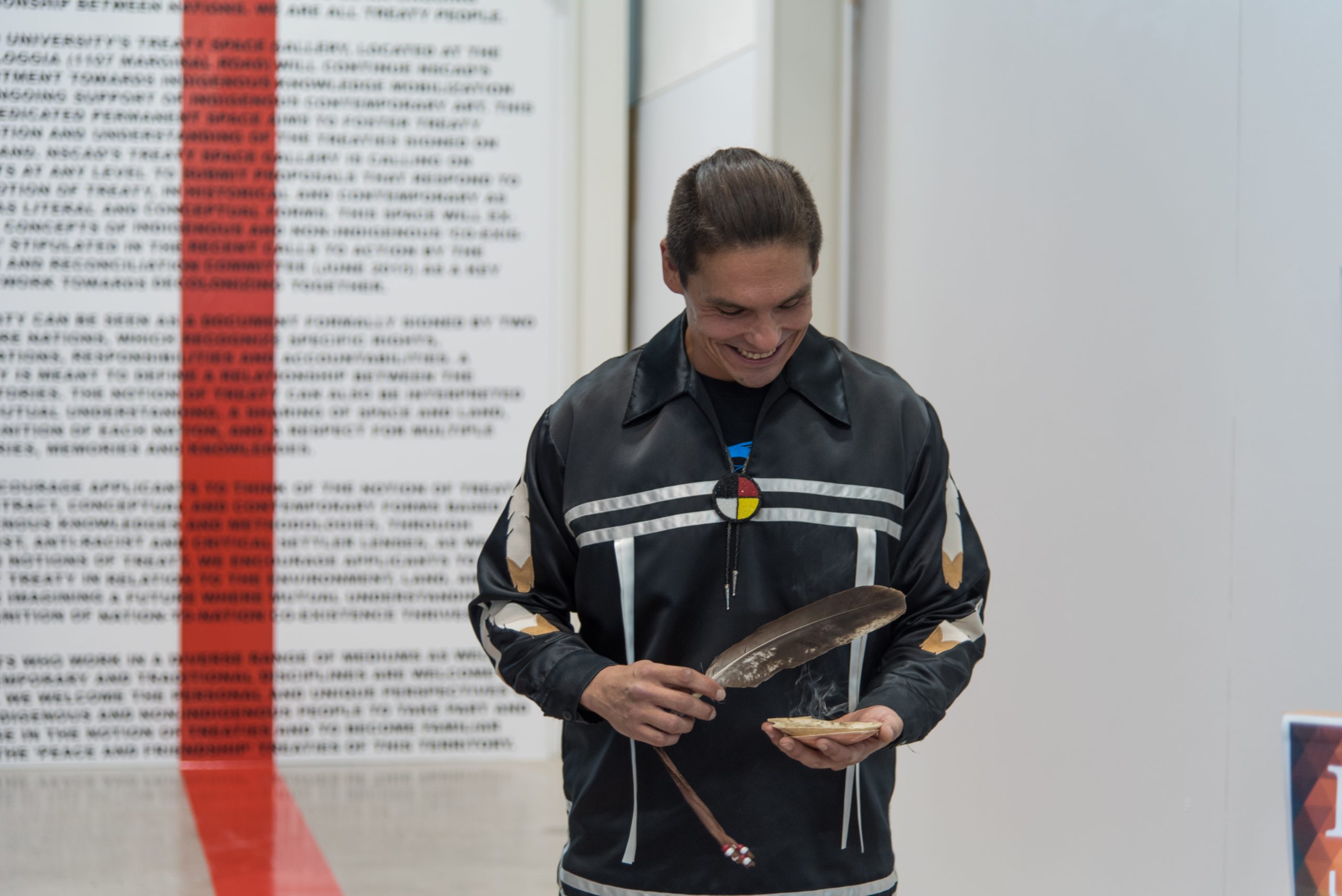 Welcome to Our Treaty Gallery

NSCAD will dedicate the Treaty Space Gallery at the university’s Port Campus, 1107 Marginal Road, on Monday, Oct. 2, 4 pm. Mi’kmaq Elder Freeman Douglas Knockwood will say an opening prayer and perform a smudging ceremony historian. Dr. Heidi Bohaker, associate professor at the University of Toronto, will give a short lecture.

The Treaty Space Gallery is one of the initiatives NSCAD has undertaken in response to the Truth and Reconciliation Commission. Beginning in summer 2017, Indigenous students Carrie Allison Goodfellow (MFA 2018), Brandon Hollohan (BFA 2018) and Glenn Knockwood (BFA 2019) researched “responses to treaty” and the ways treaty education spaces have been used on university campuses. The gallery has been developed under the guidance of the Anna Leonowens Gallery and NSCAD professor Dr. Carla Taunton.

The Treaty Space Gallery will continue NSCAD’s commitment towards Indigenous knowledge mobilization and ongoing support of Indigenous contemporary art. Working in the spirit of the Anna Leonowens Gallery, in which the work of leading artists is shown alongside NSCAD students, this new space will foster the merging of current Indigenous community-based knowledge with productive academic and artistic research.

The Treaty Space Gallery is an innovative curatorial initiative that aims to activate local and national Indigenous histories and contemporary lived experiences as well as to advance more thorough understandings of treaties in the Nova Scotian and Canadian contexts.  Drawing on the theme that as Indigenous and non-Indigenous peoples living in Canada, “We Are all Treaty People,” this gallery will celebrate the diversity of Indigenous experiences/histories and artistic practices and at the same time will generate opportunities for all members of the NSCAD and Halifax communities to learn more about treaty histories and accountability. Ultimately, this innovative space will explore concepts of Indigenous and non-Indigenous ‘co-existence’ stipulated in the recent Calls to Action by the Truth and Reconciliation Committee (June 2015) as a key framework towards decolonizing together.

With starting funds from Nova Scotia Community Culture and Heritage, the Treaty Space Gallery will become a multi-year curatorial initiative.

The Port Loggia Gallery is an ideal location for the Treaty Education Space due to its proximity to the renowned Canadian Museum of Immigration at Pier 21. Additionally, it benefits from its waterfront location, the patronage of cruise ship travellers from May to October each year and the Seaport Farmer’s Market next door. The Port Loggia Gallery is open daily from 7 am to 11 pm and receives support from NSCAD University and the Halifax Port Authority.

Other initiatives undertaken at NSCAD include the introduction of a Minor in Indigenous History (an inter-university program offered with Dalhousie University, Saint Mary’s University, and Mount St. Vincent University) which will start to curate and initiate the future programming of the Treaty Space Gallery. 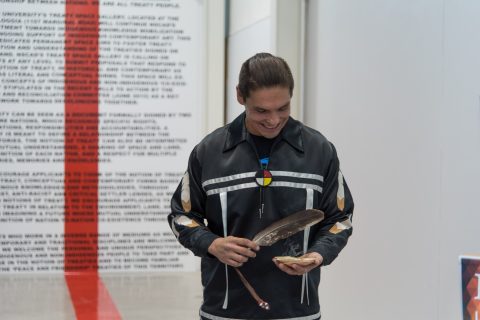