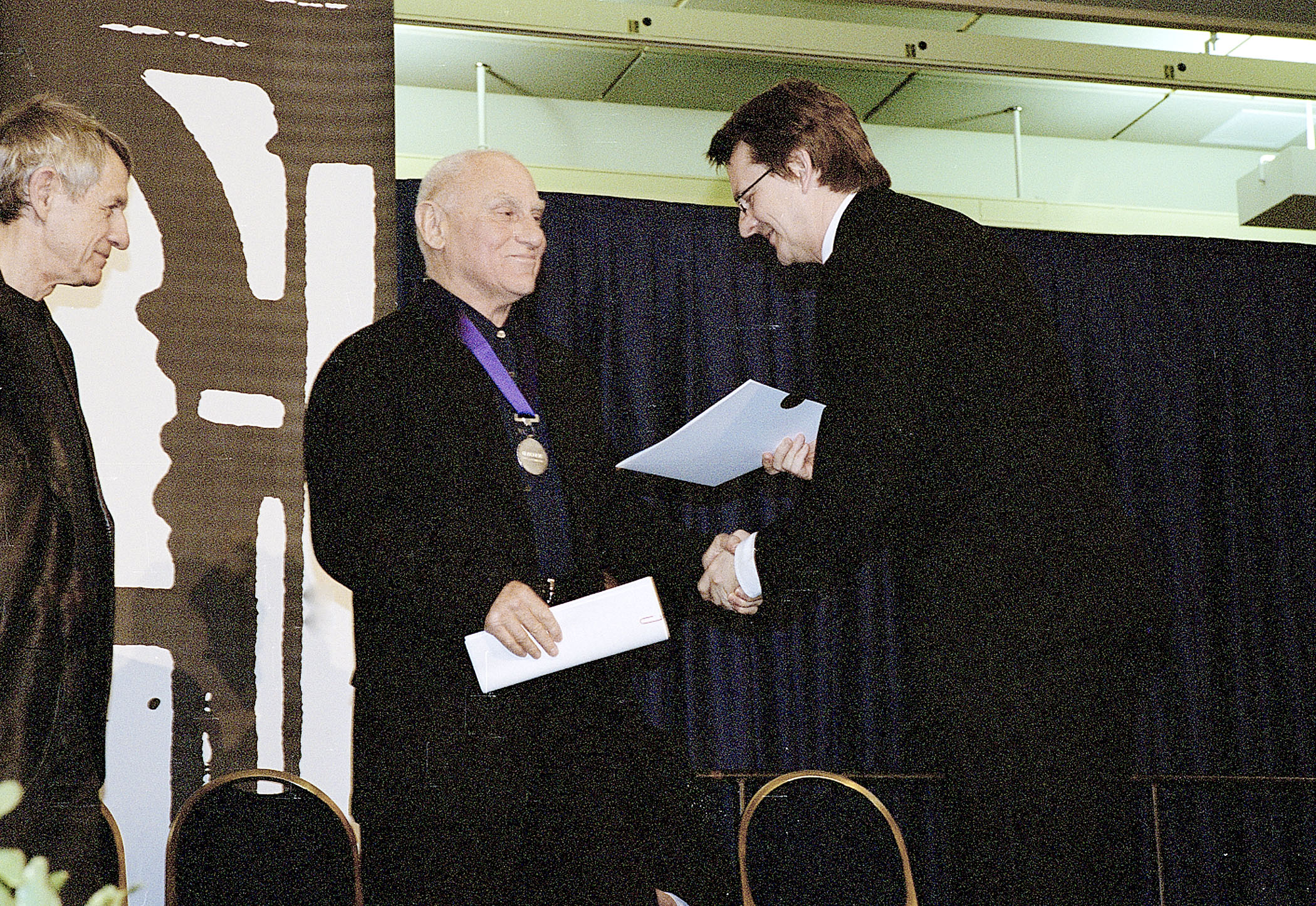 NSCAD University is pleased to announce renowned sculptor Richard Serra will be the Honorary Degree Recipient at our 2004 Graduation Ceremony. Considered by many to be the most important sculptor of the postwar period, Mr. Serra will also deliver the Convocation Address to more than 200 graduating students.

For the past 30 years, Mr. Serra has divided his time between New York and Cape Breton, where he has homes and studios. Although identified primarily as a sculptor, he has also worked in a broad range of media such as film, video, drawing and printmaking. His work exists in the collections of virtually every major museum throughout the world, and he was recently commissioned to create a major sculpture for the new Toronto airport, which will open in 2006. The Museum of Modern Art hosted a Serra retrospective in 1986, with a second one planned for 2007 in the museum’s new building on 53rd Street in New York City.

In concert with our student graduation exhibition, the Anna Leonowens Gallery is pleased to display a suite of Mr. Serra’s prints entitled WM, which the artist has generously donated to the university. These five etchings were created in I995, following his exhibition Weight and Measure at London’s Tate Gallery in I992. These works will be on view from April 20 to 25, with an opening reception on Monday, April 19 at 5:30 p.m.

“NSCAD’s print collection includes some of the most important artists practicing in the second half of the 20th century. The addition of these magnificent works adds greatly to the stature of the collection. It is all the more wonderful that the artist himself gave the university these extraordinary works,” says Mr. Greenhalgh.

“To interpret your experience and react to it, you must extricate yourself from your own deceptions,” Richard Serra told 185 graduating NSCAD students on April 25, 2004.

After receiving his Doctor of Fine Arts, honoris causa, the world-renowned sculptor shared plenty of frank advice from the podium: ask a lot of questions, analyze your own obsessions and find your own way as an artist. He also revealed the secret behind his own personal dialogue—drawing.

“I draw for the pure gratification and pleasure derived from the activity. Drawing enables me to see…drawing makes the possibility of thought visible,” said the American artist, who splits his time between homes and studios in New York and Cape Breton.[/mk_blockquote]