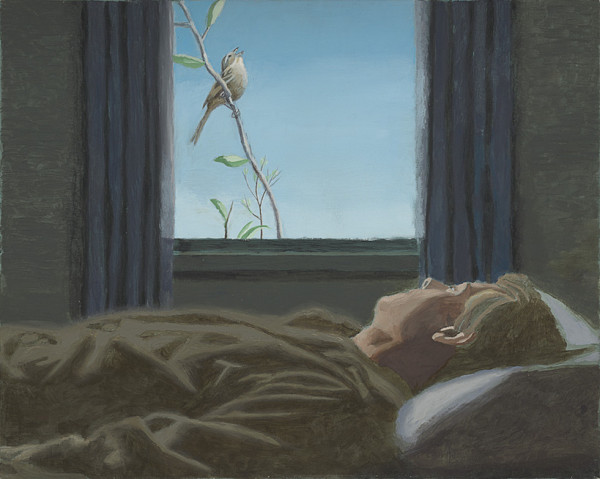 Thanks to the generosity of the Robert Pope Foundation, undergraduate and graduate students at NSCAD University will benefit from an additional $175,000 over the next five years in scholarship and bursary support.
This new pledge to the university brings to $350,000 the support provided by the Foundation to NSCAD University since 1994.

Robert Pope was an artist and graduate of the Nova Scotia College of Art and Design, who completed a large series of paintings on the experience of cancer before he died in 1992. His monumental series of art works on the experience of illness are still used to educate medical students and have been exhibited at every medical school in Canada and many in the USA. The works have also been exhibited in England, Ireland and Australia, and are now in the collection of the Art Gallery of Nova Scotia.

“The Board of the Robert Pope Foundation is committed to supporting the students of NSCAD in recognition of the contribution of this wonderful school to the development and education of Robert Pope when he was a student there,” says board chair Dr. Jock Murray.

“Because talented young artists and designers often struggle to pursue their art, the generous support of the Pope Foundation will not only assist them but enrich our community with the results of their talent,” says Professor David B. Smith, NSCAD University President.

NSCAD’s Robert Pope Foundation Endowment Fund funds scholarships for both first-year and graduate students and those studying painting, along with bursaries for undergraduates.

Murray adds, “This new commitment from the Robert Pope Foundation will bring our support to over $350,000 in total over the years – and this is not the end. Rather, it is just an indication of our continuing support of the students and the institution.”

The Robert Pope Foundation was founded in 1992 to support programs that relate the arts and medicine. The foundation supports many projects, including the Medical Humanities Program at Dalhousie Medical School, and scholarships at NSCAD.