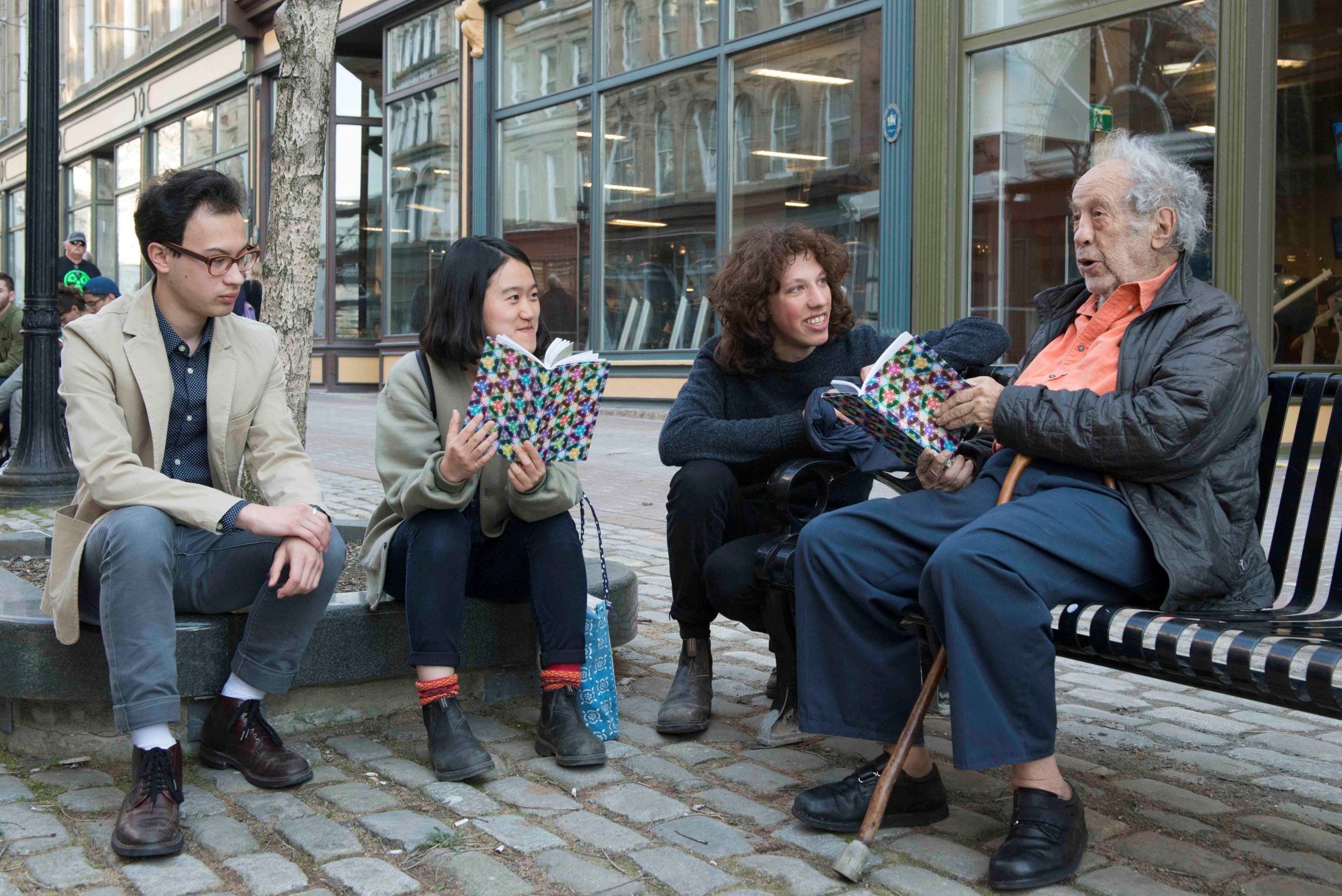 Robert Frank, legendary photographer and friend of NSCAD, has died

NSCAD has learned of the passing of legend Robert Frank, celebrated photographer and friend of the NSCAD Community. Frank taught a filmmaking class at NSCAD in the early 1970s, and his work This Film is About…, was filmed at NSCAD in 1972-73. Frank was at NSCAD in 2014 for the ground-breaking exhibition of Robert Frank: Books, Films, 1947-2014. He received an honorary degree at NSCAD in 2015 and was a vocal advocate of NSCAD.
Frank is best known for his ground-breaking work The Americans. “It is the most important body of work in photography of the twentieth century,” says Robert Bean, NSCAD’s professor of media arts, as told to the CBC. “Everyone paid attention – it struck a nerve for a lot of people. After The Americans, he had become a star – people would come from all over the world to Nova Scotia to seek him out. But it was a fame he rejected.” Bean went on to say that this was a “very sad moment, but he left a great gift to everyone.”

Frank was incredibly generous with the school throughout his career. He will be greatly missed. For more on Robert Frank and the NSCAD connection, visit the CBC.