The Student Union of NSCAD University (SUNSCAD) has established this scholarship to be awarded to an senior student who has demonstrated a high level of student involvement at NSCAD and/or in the Halifax/Dartmouth community. Demonstrated student involvement at NSCAD would include such things as being a representative on the Student Union, Women’s Collective, etc. Demonstrated student involvement within the local Halifax/Dartmouth community would include such things as volunteer work with social agencies, participation in local art events, volunteer work with local art galleries, etc. 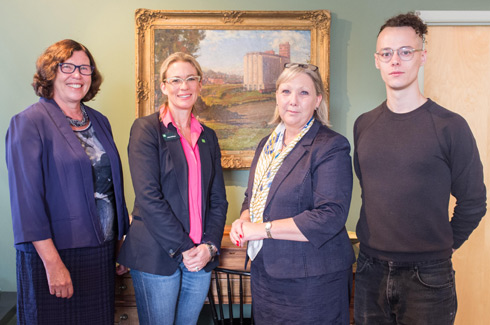